After its inception in the ashes of the Second World War, the international development field considered economic growth to be the ultimate route to a country's development. Policymakers hoped that poor countries could emulate the East Asian model - rapidly industrialising and raising incomes to rich-country levels in a single generation. More recently, the field has begun to define development as eliminating poverty - focusing on indicators such as life expectancy and literacy. And even more recently, academics and practitioners have framed development in terms of human potential and capabilities (Amartya Sen and others) and using the language of human rights (Oxfam, CARE, and others).

Adding complexity to this debate, many policymakers increasingly believe that economic growth has physical limits given the environmental constraints posed by climate change. The Rules, a think tank, estimates that eliminating global poverty through GDP growth alone would require consuming 175 times more commodities than the world does today. In short, there is consensus that (a) economic growth is not the only way for a country to develop and (b) infinite economic growth is impossible anyway due to environmental constraints.

Where does this leave economic growth and what is its role in advancing international development during the remainder of this century? This essay argues that policymakers - many of whom already enjoy the benefits of economic growth and industrialisation - cannot disregard the role of growth entirely. Instead, policymakers should start to consider growth as a tool in the toolbox used to achieve development and not as a primary goal of development itself. Specifically, governments should intentionally tie progrowth policies to explicit antipoverty goals. For example, the increased tax revenues resulting from GDP growth should be earmarked in advance for antipoverty programmes like constructing schools or healthcare facilities. Moreover, growth must be treated as a finite resource - it should not be pursued thoughtlessly. Rather, it should be apportioned carefully to meet specific poverty reduction and development goals. This is growth with a purpose.

This essay explores the idea of recasting growth as a tool for development rather than a goal of development. It begins by defining growth with a purpose by describing what it is not - using Equatorial Guinea as a case study in purposeless growth. Next, it considers the policy implications of this idea at both the country and international level. Ultimately, this essay concludes that policymakers should increasingly link economic growth with explicit poverty reduction goals - to achieve development by leveraging growth with a purpose.

Case study: growth with no purpose in equatorial guinea

lf Equatorial Guinea generated so much wealth and yet its people remain so poor, where did all of the money go? Unfortunately, a kleptocratic elite squandered it. For example, the president's son, Teodorin Obiang, used money embezzled from public coffers to purchase a $35 million mansion in Malibu, California, a $100 million Paris townhouse, and $2 million in Michael Jackson memorabilia - among other things.

This is growth with no purpose. For a poor farmer in Equatorial Guinea, the country's rapid economic growth has changed almost nothing. Growth has not translated into wellpaying jobs that offer an alternative to the hardscrabble life of a small farmer. Nor has growth translated into meaningful improvements in public services, such as education or healthcare. Economic growth in Equatorial Guinea has not reduced poverty, and it has not advanced development.

This essay argues that policymakers need to reorient the way that they think about economic growth - instead of treating growth as a goal of development, they should think of it as a tool to achieve development. Accordingly, policymakers should mainstream growth with a purpose in order to further their poverty reduction and development goals. But how can country governments and international organisations specifically make this policy change? This is an enormous question, and this author does not presume to have all of the answers. Nonetheless, this essay offers three policy implications for consideration.

At the country level, policymakers should discard a myopic focus on achieving GDP growth just for the sake of growth itself. Instead, they should increasingly focus on developing explicit poverty reduction goals that can be achieved by leveraging economic growth. For example, a publically funded industrial park should specifically target labourintensive industries that provide wellpaying jobs. Or the increased tax revenues that result from GDP growth should be earmarked in advance for antipoverty programmes like constructing new schools and primary healthcare facilities. Furthermore, these goals and objectives should be identified through democratic consensus to ensure that growth's purpose aligns with citizens' development needs.

Sadly, there is no country where such growth with a purpose has been as perfectly executed as it was blundered in Equatorial Guinea. However, there are many smaller examples of good policy-making that could be emulated by developing country governments. Brazil's Bolsa Familía programme, which provides cash to poor families on the condition that their children attend school and receive required vaccinations, is one such example of growth with a purpose.

Poor Brazilians benefitted little from their country's economic miracle from 1960-1979 (when growth averaged 7.35%), and they suffered disproportionately during the lost decades of the 1980s and 1990s. So in January 2003 , Brazilians elected President Lula da Silva and his Workers' Party - joining a Latin American trend of electing leftist governments in repudiation of power structures that had created stark wealth and income inequality. Seeking to address poor Brazilians' legitimate grievances, President da Silva combined a smattering of conditional cash transfer programmes into the Bolsa Familía Program (BFP) in late 2003.

The government leveraged this growth wisely

What is particularly relevant to this essay is that the Brazilian government was experiencing a windfall in tax revenues during the 2000s, thanks to strong economic growth stimulated by the global commodities boom. The government leveraged this growth wisely - using additional revenues to expand the BFP dramatically between 2003 and 2007. Today, the programme reaches nearly 50 million people (or about a quarter of Brazil's population). And even as Brazil is confronting dual economic and political crises, the government has maintained the BFP's funding. Moreover, the BFP has significantly advanced development - between 2003 and 2013, Brazil's incidence of extreme poverty fell from 10% to 4% and its Gini coefficient dropped from 58 to 52.9. Through BFP, the Brazilian government successfully leveraged growth with a purpose to reduce poverty and further the country's development.

2. International Lending Institutions Should Consider Growth a Tool, Not a Goal

International lending institutions should increasingly treat economic growth as a tool used to achieve development, and not as the goal of development itself. This idea is particularly relevant when development banks promote structural adjustment or make conditional loans that require progrowth policies in exchange for financing. For example, when requiring structural adjustment in the terms of a bailout loan, the International Monetary Fund could also require a country to commit the future tax revenues associated with GDP growth toward expanded public services instead of defense spending or presidential palaces.

The often-levied criticism of structural adjustment programmes in the 1980s and 1990s was that they required draconian policy changes in exchange for receiving bailout funds - generating much hardship for individuals. While this criticism is certainly justified, it only addresses half of the problem. Not only do lending institutions need to consider what happens during structural adjustment, but they also need to consider what happens after a country returns to growth and stabilises its finances. These institutions should be asking: how will the hard-earned rewards of growth be used to further development and improve poor people's lives? Particularly in the least developed countries, it is critical that international lending institutions recast economic growth as a tool to reduce poverty instead of as an end goal. Otherwise, the pain of structural adjustment simply is not worth it.

For decades, GDP growth and GDP per capita were treated as the ultimate indicators of a country's development, without qualifying those statistics in any substantive way. But more recently, the international community has framed development in terms of poverty alleviation instead of economic growth, turning to a broader range of indicators - such as child mortality, literacy, and nutrition - to measure development outcomes. However, international policy-makers have not yet sorted out where economic growth falls within this new paradigm for measuring development.

The recently adopted UN Sustainable Development Goals (SDGs) have a broad focus on poverty alleviation. However, the SDGs still include economic growth as an indicator, buried in amongst a whopping 168 targets that the UN will use to measure development through 2030. This is the wrong approach. Policymakers need to liberate themselves from using GDP as an indicator to measure development and instead focus on more relevant (and perhaps fewer) poverty-related indicators. Economic growth should be recast as an intermediate objective that may be relevant to achieving those higher-level poverty-reduction targets.

This essay has explored the idea that economic growth needs a purpose behind it. As policymakers shape the international development agenda, growth should be treated as a tool used to achieve development and not as the ultimate goal of development itself. Three key policy changes will help mainstream this idea of growth with a purpose: (1) governments should explicitly tie economic growth to poverty alleviation; (2) international lending institutions should consider growth a tool, not a goal; and (3) policymakers need to measure development differently - focusing on growth as an intermediate indicator, not a high-level objective. By giving growth a purpose, policymakers in the 21st century can avoid the fate of countries like Equatorial Guinea by leveraging economic growth to reduce poverty and meaningfully advance development. 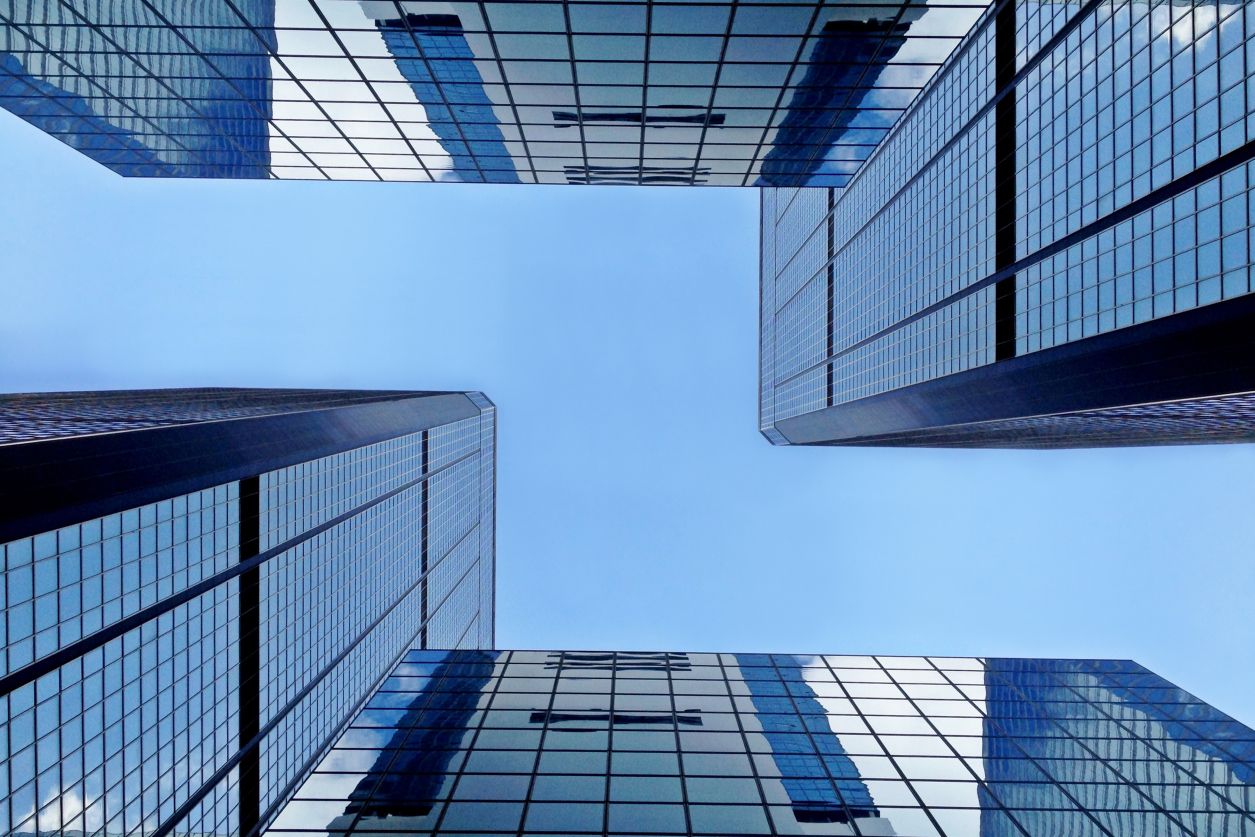