First-class air travel is in decline

Dubai is often called a “Disneyland for the rich”. At the city’s airport the three first-class lounges of Emirates, the United Arab Emirates’ flag-carrier, do not disappoint. Each one is as big as the terminal’s concourse, built to accommodate thousands of passengers. But every day only a hundred or so enter each first-class lounge. Instead of the overpriced fast-food on offer in the public concourse, a maze of restaurants and bars serve free caviar and champagne. In their duty-free sections no knock-off cigarettes or booze are in sight. Think instead Bulgari necklaces and whisky at $25,000 a bottle. The facility is so large, its manager admits, that the most common reaction heard from new arrivals is, “Oh my God, where is the lounge?”

Yet the rows of hundreds of empty armchairs suggest that something is not quite right. Airlines are falling out of love with first class. And that is true even of Emirates, which sells far more first-class tickets than any other carrier (see chart 1). The time to launch new first-class offerings is at ITB Berlin, the world’s largest trade show for the travel industry, which opened on March 6th. At this event in 2017 Emirates unveiled a new onboard bar and lounge for its highest-paying passengers. The same year its big rival in the Gulf, Qatar Airways, launched the world’s first skyborne double-beds. But the mood has changed. Last year Emirates stopped attending the show at all. 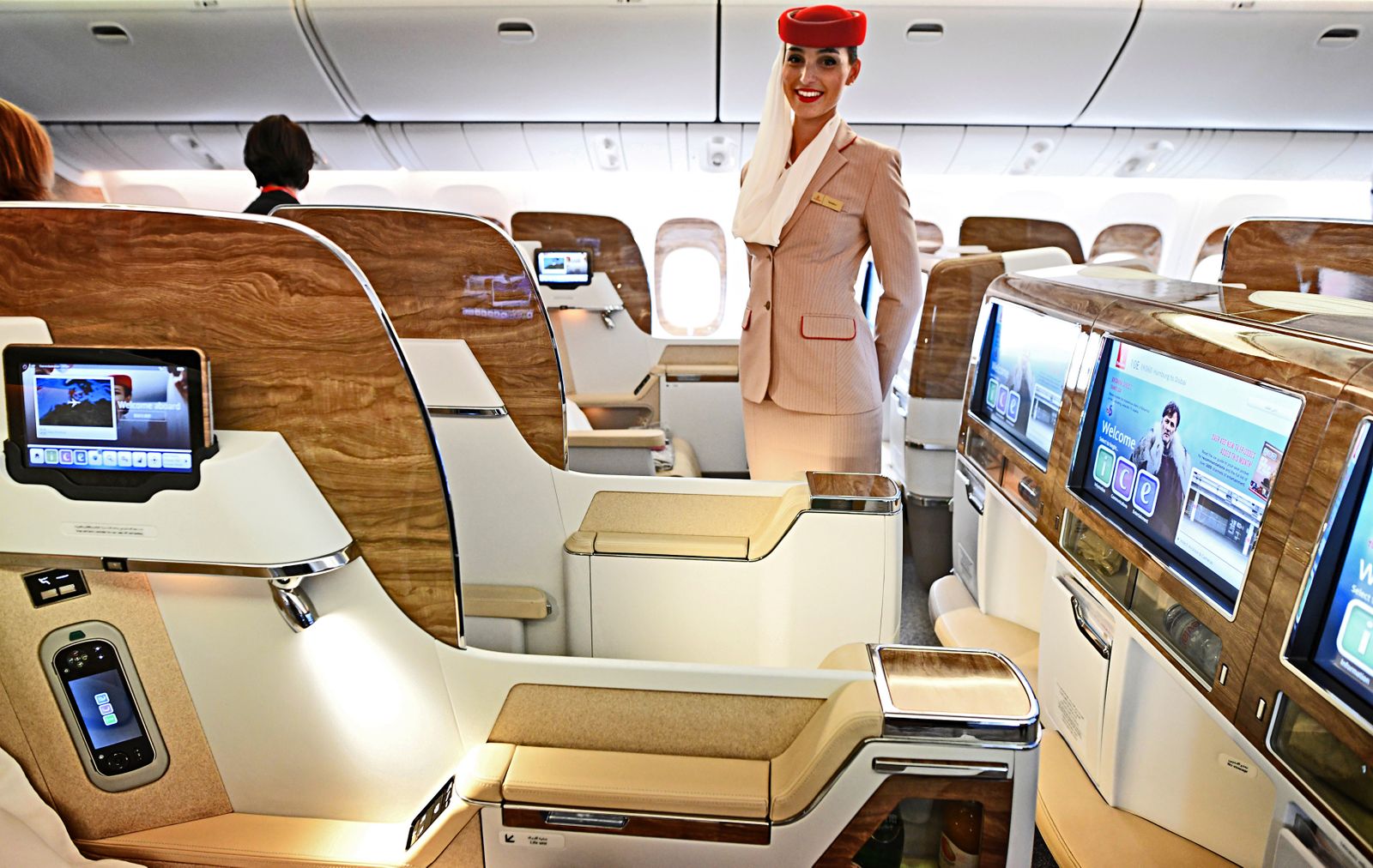 A stewardess in the first class of Emirates' Boeing 777