The second half of the Internet

How the world’s poor are discovering leisure online

and what companies are doing to help

The chief of Madhogarh, a picturesque village nestled beneath a 17th-century fortified palace in the heart of Rajasthan, came to Indra Sharma three years ago to ask if she would attend a workshop. “Something about the internet,” Ms Sharma, a 40-year-old child-care worker, recalls. She had no particular interest in this internet thing. But she liked the idea of learning something new, so she went along. She and a handful of women from nearby villages were all given a smartphone and some basic lessons in how to use it.

“First we had to learn how to turn it on and off,” says Santosh Sharma (no relation), a 24-year-old schoolteacher from the neighbouring village. Once they had mastered that, they got down to the essentials: “How to take a selfie, WhatsApp, Facebook, YouTube, how to search.”

That was in September 2016, when nobody in the villages had a phone. “Now everybody has one,” says Ms Sharma of Madhogarh. “You see old people walking around watching ‘Mahabharat’,” a television series based on a Hindu mythological epic. Down the road from her home three men sit in the shade of a rohida tree, playing a game of ludo on one of their phones. 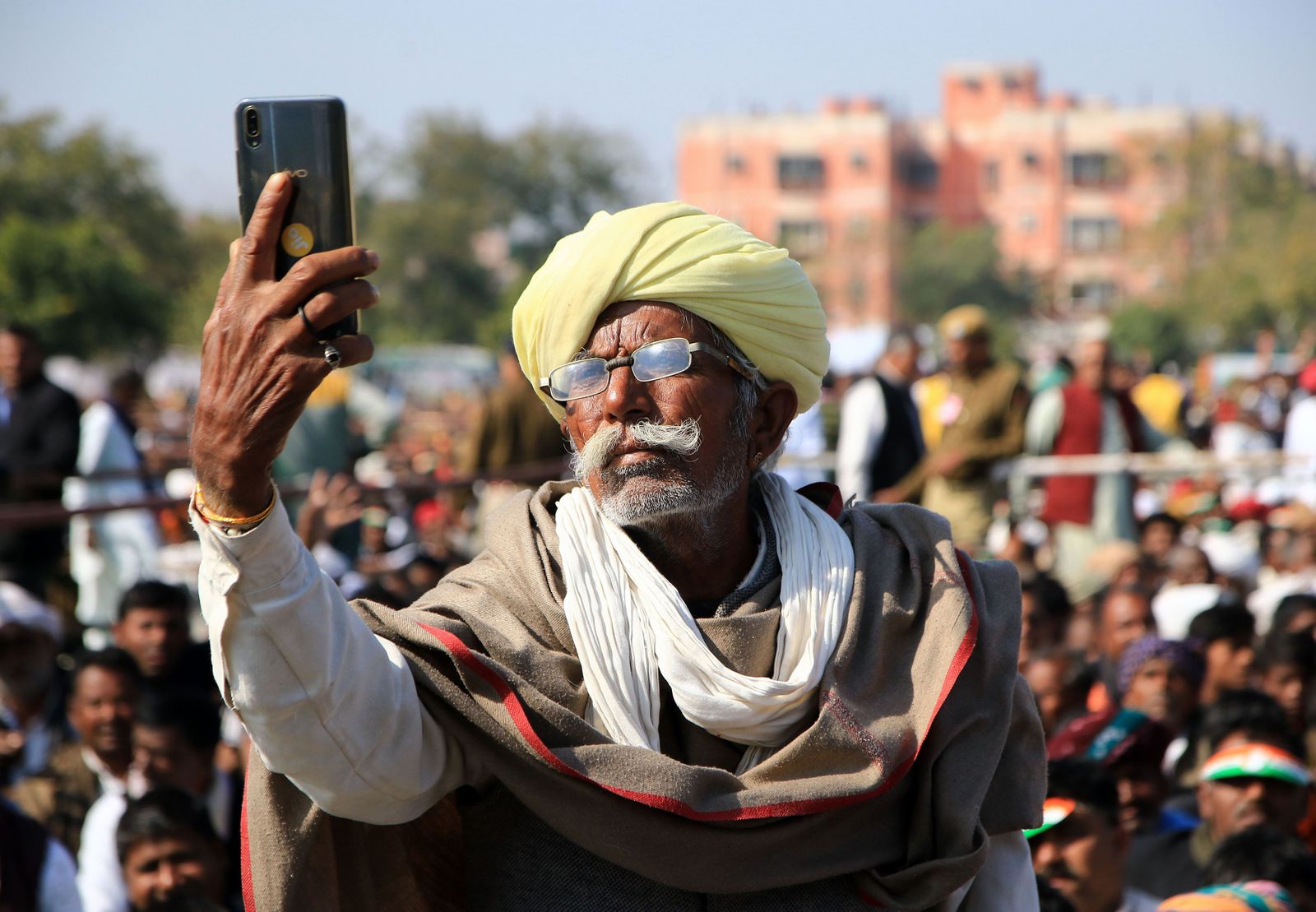