Washington - President Obama laid out an ambitious campaign to address climate change Tuesday, mapping a course that would bypass Congress to cut emissions from hundreds of coal-fired electric power plants and setting the stage for a possible rejection of the controversial Keystone XL oil pipeline.

The effort could shape Obama's presidential legacy and fulfill a key promise of his 2008 campaign. It also could plunge him into a bruising and potentially costly political battle.

His plan, which relies heavily on actions the executive branch can take on its own, would put the U.S. on track to significantly cut its greenhouse gas output by the end of the decade. It also would devote billions of dollars to preparing the country for the higher seas, harsher weather and more frequent flooding that experts predict climate change will bring.

Obama directed the Environmental Protection Agency to develop by next June the first U.S. regulations designed to cut carbon dioxide emissions from existing power plants, which are responsible for about a third of U.S. greenhouse gases. The new rules would be expected to hasten the closing of some coal-fired plants, sharply cutting the amount of greenhouse gases pumped into the atmosphere, but probably raising electrical bills for some consumers.

He also pledged that he would approve the Keystone XL project, which would bring oil from Canada's tar sands to refineries on the U.S. Gulf Coast, only if the pipeline resulted in no "significant" increase in greenhouse gases - a benchmark interpreted in sharply different ways by the project's backers and opponents.

"As a president, as a father, as an American, I am here to say, we need to act," Obama told a crowd gathered in the 92-degree heat of a sunny courtyard at Georgetown University. "I refuse to condemn your generation and future generations to a planet that's beyond fixing.

"Americans across the country are already paying the price of inaction," he said.

Given the lengthy path that major rules require and the likelihood that the power industry will challenge them in court, the effort Obama is starting might not take full effect until after his term ends.

The speech, his most detailed statement on global warming since his election in 2008, showed a president who has become chastened - at least rhetorically - by the practical and political difficulties of combating climate change.

As a candidate five years ago, Obama called on supporters to see his campaign as "the moment when the rise of the oceans began to slow and our planet began to heal" - a line that Republicans have frequently mocked for its hubris.

On Tuesday, Obama gave a more subdued look ahead, saying that even if the U.S. begins to adopt new policies against climate change, "the seas will slowly keep rising and storms will get more severe."

"It's like tapping the brakes of a car before you come to a complete stop and then can shift into reverse," he said. "It's going to take time for carbon emissions to stabilize."

The timing of the speech reflected the conflicting pressures the administration faces on the issue. It took place during a news-filled period in Washington - the final week of the Supreme Court's term and in the midst of a Senate debate on immigration - and the day before the president was scheduled to leave on a trip to Africa. It drew rapt attention from many environmentalists, but much less television coverage than the typical high-profile presidential address.

That may have pleased White House strategists who face tricky politics on climate issues. On one side, liberal Democrats who form a large part of Obama's core support, particularly on the West Coast and in the Northeast, have made global warming a top-priority issue. Many have grown restless with the lack of action on the subject. Some of the Democratic Party's biggest financial backers, particularly in California, have pressed Obama to move more aggressively on climate issues.

Away from the coasts and liberal enclaves, however, Americans typically rate climate change as a low priority, polls have shown. Regulations that would cut the use of coal to generate electricity would probably have their biggest effect in the South and Midwest, where coal-generated power is most common.

"The regulations the president wants to force on coal are not feasible. And if it's not feasible, it's not reasonable," said Democratic Sen. Joe Manchin III from the coal-producing state of West Virginia, who in his 2010 campaign aired an ad showing him shooting a gun at the text of a Democratic climate change bill.

"It's clear now that the president has declared a war on coal," he said.

"The president's speech offered exactly what many of us have been waiting to hear from him," said Lisa Heinzerling, a professor at Georgetown Law and former top EPA official under Obama. "In particular, by extending emissions limits to existing power plants, he's taking dead aim at the most severe environmental problem facing the planet."

The announcement on the Keystone XL project would give Obama a reason to block the Alberta-to-Texas pipeline should he decide to do so, but does not necessarily commit him. He left undetermined how big an increase in emissions he would consider significant and whose calculations of the effects he would most heed.

"It was a shock for people who've been watching this; it was like a thunderclap," said Van Jones, founder of Rebuild the Dream, a liberal think tank, and a former White House advisor on green jobs under Obama.

The company proposing Keystone XL, TransCanada, welcomed the focus on greenhouse gases, as did the project's backers.

"Today President Obama stated Keystone XL can be approved only if it does not significantly exacerbate the problem of carbon pollution," the company said in a statement. "The almost five-year review of the project has already repeatedly found that these criteria are satisfied."

The State Department's most recent environmental assessment of Keystone XL said that the tar-like oil the pipeline would transport emits 17% more greenhouse gases than conventional crude oil from the moment a barrel is extracted to the time it is burned in a car engine. The EPA said the State Department's analysis badly underestimated the emissions.

Opponents of the pipeline said they were hopeful.

"The president has heard the Keystone critics," said Tom Steyer, a Bay Area billionaire and clean-energy philanthropist who is spearheading a campaign to block approval of the pipeline. "We will keep the pressure on." 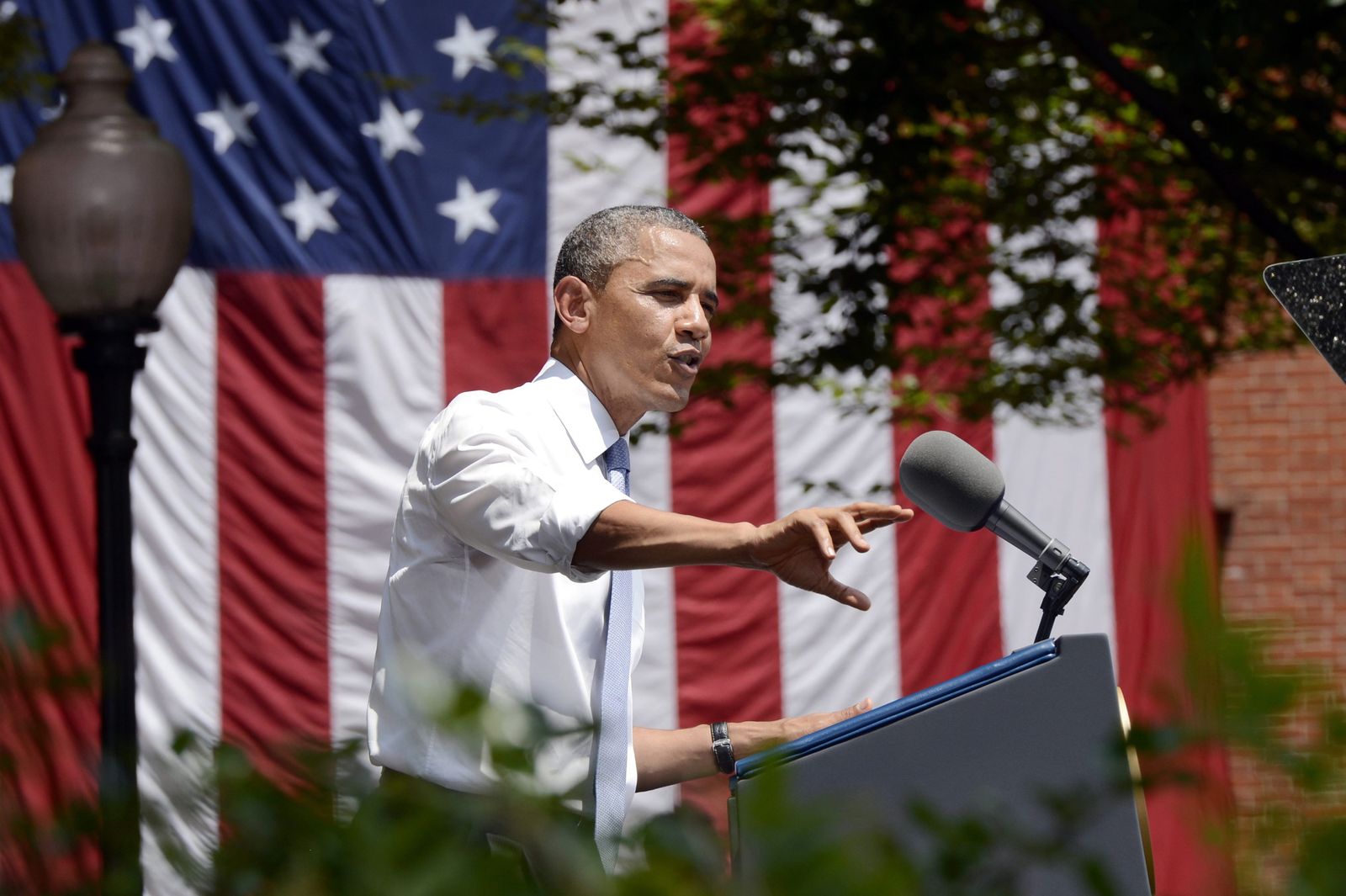