After years of devastating losses, the newspaper industry has a glimmer of good news.

Circulation revenue for daily newspapers grew in 2012 for the first time in a decade as more people paid to subscribe to digital editions, according to data compiled by the Newspaper Assn. of America.

The finding is noteworthy because it demonstrates that the newspaper industry, which has been hammered in recent years as consumers and advertisers migrated to the Internet, has begun to adapt its business model to a new era.

Newspapers generated $10.4 billion in circulation revenue in 2012, a 5% increase over the previous year. It was the first gain since 2003, as more consumers read newspaper content on desktops, tablets and cellphones.

"America's newspaper media are transforming themselves," said Caroline Little, NAA president. "In virtually every community they serve, newspapers have the biggest newsrooms, the best-known brands and significant audience market share. Now they are building on those to find new ways to serve audiences and local businesses."

Otherwise, the news was not so good. The growth in digital revenue in 2012 did not make up for continued declines in newspapers' traditional - and most important - sources of revenue.

The NAA study found that overall revenue for daily newspapers fell 2% last year to $38.6 billion. That compared with $39.5 billion in 2011.

Revenue for ads on mobile devices - seen by advertisers as the next frontier - doubled in 2012. Nonetheless, revenue from mobile applications represented just 1% of the total.

The industry collected $2.9 billion from niche and direct-marketing publications, and $3 billion from new revenue sources, including event marketing, e-commerce and advising local businesses on how to market their products and services.

The NAA compiled its data from information supplied by newspaper companies. The 17 companies that participated in the survey represented 40% of daily newspaper circulation in the U.S. and half of the revenue. 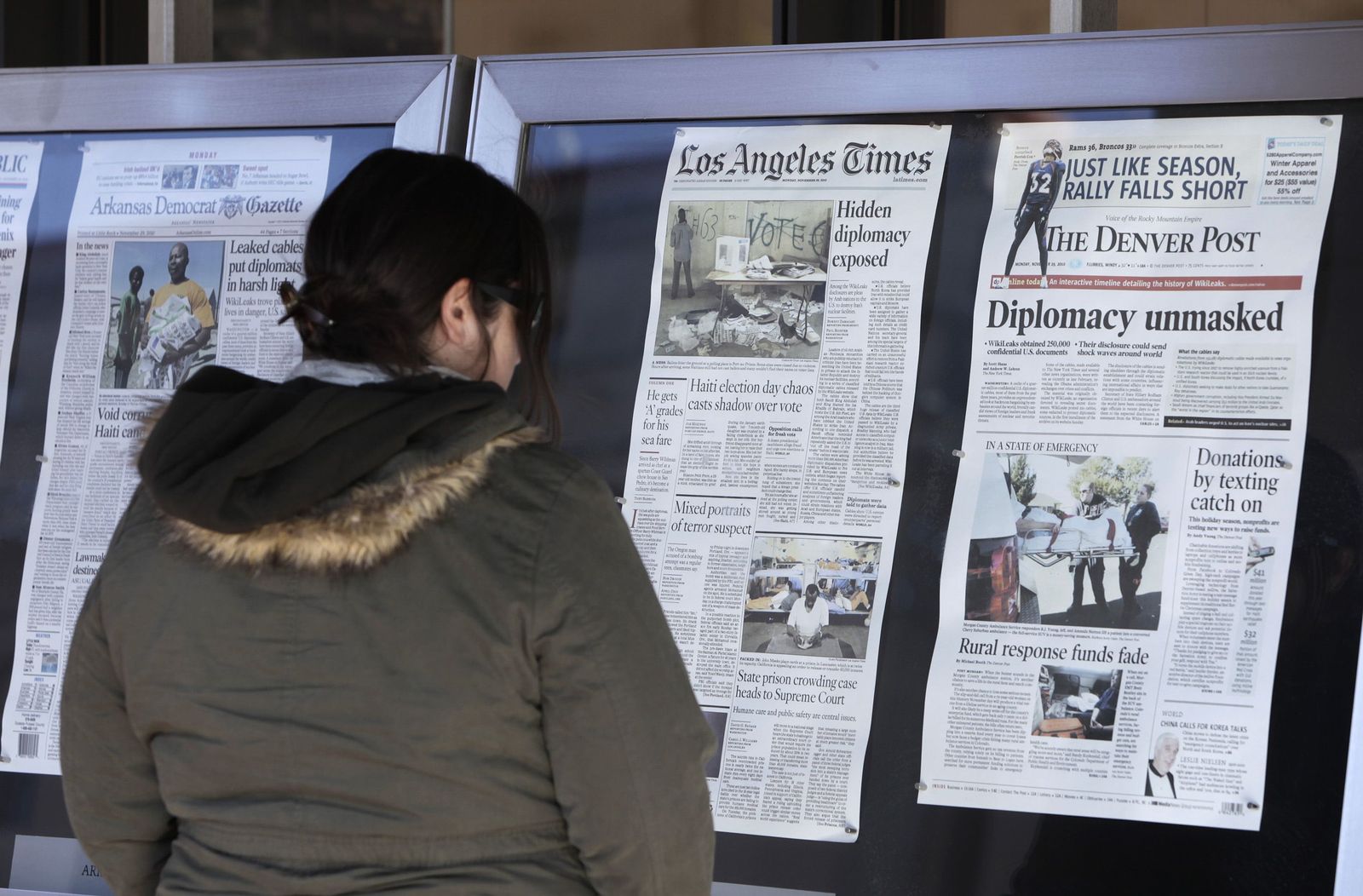 The finding demonstrates that the newspaper industry has begun to adapt its business model to a new era.