What is ailing Apple?

There seems to be no simple answer as to why the tech giant's stock took another beating Monday, dragging the company's market value below $400 billion for the first time since January 2012.

It was the fourth straight day of decline, leaving Apple Inc. shares 40% below their high in September, when the stock was valued at more than $656 billion.

The carnage has left analysts and investors trying to guess whether there is a bottom in sight, and whether the company might have an announcement or new product in the pipeline that might ignite a rally.

The hottest of such rumors appears to be some kind of iWatch, with speculation emerging Monday that such a gadget could be rolled out this year. But short of such a lightning strike, it's hard to know how much further Apple's stock could fall.

"It's a combination of no new information coming out of the company about products or how the company is going to use its cash," said Walter Piecyk of BTIG Research. "It's left a void of catalysts for the stock."

Adding to the insult, Apple again lost its title as the world's most valuable company to Exxon Mobil Corp. The tech giant lost the title Jan. 25, 2012, before seizing it back the next trading day. Exxon was worth $400.45 billion when the market closed Monday.

There doesn't seem to be any single event that's putting pressure on the stock.

Last week, the company was blocked from allowing shareholders to vote on a controversial stock proposal after a lawsuit filed by a rebel shareholder. At the company's annual shareholder meeting, Apple Chief Executive Tim Cook disappointed some investors by not announcing any plans to increase dividends or buy back more shares.

And a judge last week cut $450 million from a $1-billion verdict that Apple had been awarded in a patent litigation case against Samsung Electronics Co.

Piecyk also noted that Apple competitors will soon be announcing new products, including a new smartphone from rival Samsung, expected to be the Galaxy S IV. That could be making some investors nervous about how Apple's sales could be affected, he said.

Apple's stock closed Monday at its lowest point since Jan. 24, 2012, when its shares closed at $420.41. That occurred just before the company reported blowout earnings that day that sent its stock soaring.

There has been ongoing speculation for months about a new Apple product. Some guesses have focused on a possible Apple TV, while other pundits have pointed to a cheaper iPhone to help Apple better compete for customers in emerging markets.

But over the last several weeks, the speculation frenzy has turned its sights toward a possible Apple smartwatch. Although details are thin, the hope that Apple would make a gadget for the wrist has led to a growing consensus that this could be Apple's next market.

On Monday, Bloomberg quoted Citigroup Inc. analyst Oliver Chen as saying smartwatches might be more profitable for Apple than televisions, even if the overall size of the smartwatch market were smaller.

"This can be a $6-billion opportunity for Apple, with plenty of opportunity for upside if they create something totally new like they did with the iPod - something consumers didn't even know they needed," Chen told Bloomberg, which previously reported Apple had at least 100 people working on such a device.

Industry blog the Verge reported that the watch would run on iOS, the same mobile operating system that powers the iPhone and iPad. The Verge also said the device would be released this year, citing unnamed sources, and that company design guru Jony Ive was personally overseeing its development. 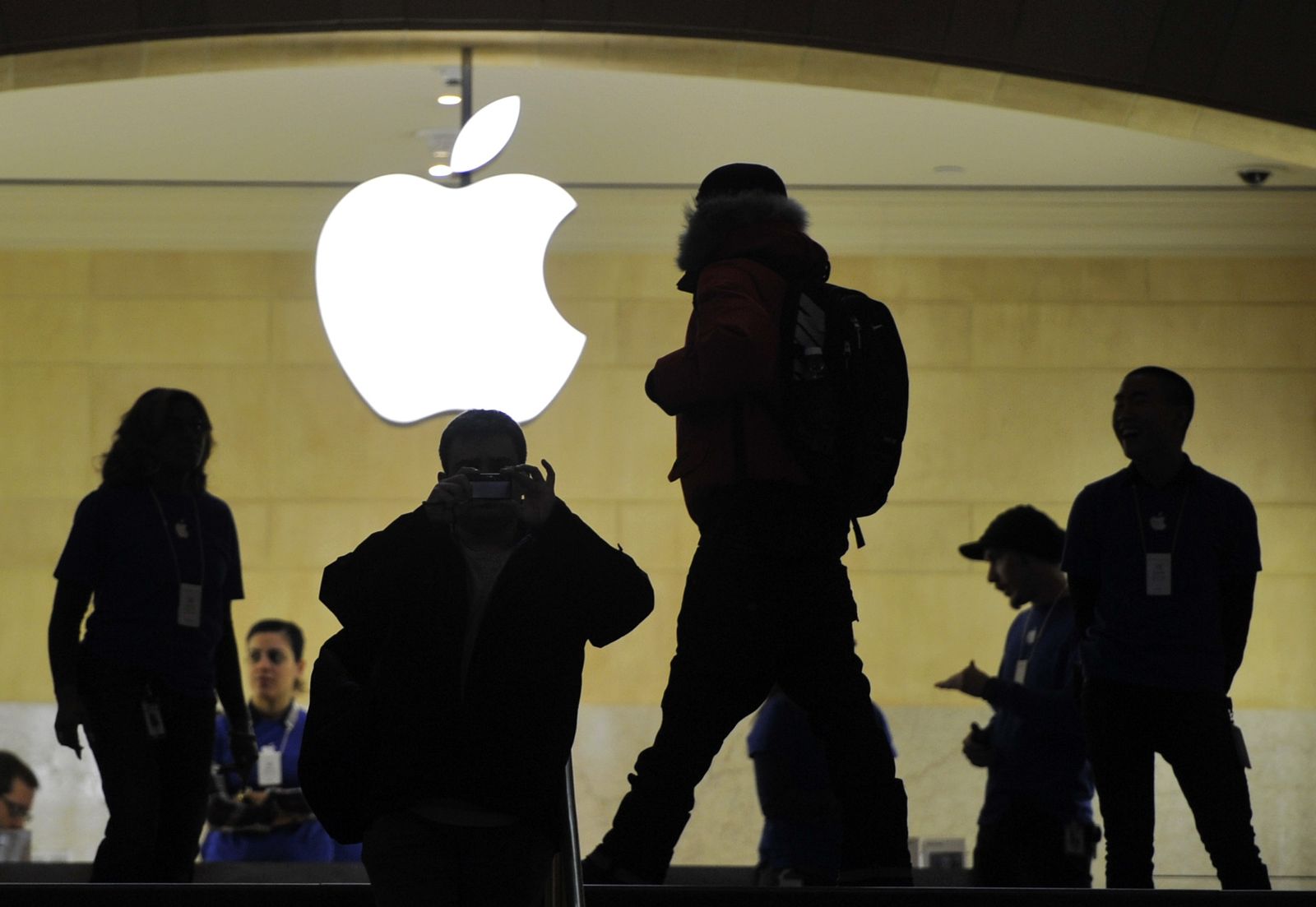