Washington - Officials on one of Earth's most isolated archipelagoes are borrowing four-wheel-drive vehicles from private owners for the motorcade. The impending visit, according to one website, will be the biggest thing since a New Zealand rugby star ran naked from the waterfront.

The tiny South Pacific islands and atolls known as the Cook Islands have rarely been more than an afterthought to the world's great powers. Yet in their intensifying contest for influence in the Asian Pacific region, the United States and China are seeing new value in far-flung outposts that until now were coveted more for pearls and sunsets than geostrategic importance.

Secretary of State Hillary Rodham Clinton underscored that point Tuesday by announcing that she will attend an obscure meeting of Pacific Island nations Friday on a palm-fringed Polynesian island that her predecessors never considered worthy of a stop.

Her visit to the Cook Islands - 15 coral atolls and small islands with fewer than 11,000 souls on about 93 square miles of land - is a sign that the Obama administration is not only strengthening ties with China's neighbors in their territorial disputes in the South China Sea. It will also step up diplomacy, development aid and military support to the distant South Pacific to offset attention lavished by Beijing.

"This is a strong signal to China that the United States is taking seriously the way [China] is ramping up its interest and engagement in the South Pacific," said Annmaree O'Keeffe, a former Australian diplomat now at the Lowry Institute for International Policy, an independent think tank in Sydney.

Clinton explained the emerging strategy at a Senate Foreign Relations Committee hearing this year. China, she noted, had "brought all of the leaders of the South Pacific to Beijing, and wined and dined them."

"Let's just put aside all the moral, humanitarian, do-good side of what we believe in, and let's just talk, you know, realpolitik," she said. "We are in a competition with China."

That competition is now popping up across the Pacific.

China has sought for decades to cultivate ties in Asia and farther abroad by using aid and diplomacy to win access to resources it needs to fuel its fast-growing economy and provide jobs.

But what looks to the Chinese like understandable efforts to expand its economy appears to outsiders like attempts to dominate smaller neighbors. And when its neighbors, and world powers like the United States, push back, China complains of encirclement.

The U.S. announcement of its intention to attend the Cook Islands meeting quickly raised eyebrows in China. The China Daily, a government-controlled English-language newspaper, said the visit "raises concerns" about growing major-power competition in the region.

Although the Obama administration insists that it is not seeking a confrontation with China, it has beefed up U.S. military forces in the region and increased security cooperation with the Philippines and Vietnam. In all, five countries in the area have sparred with China over competing claims to a series of rocks, reefs and islands in the oil-and-gas-rich South China Sea.

Further north, China has also pushed a claim for what it calls the Diaoyu islands, known in Japan as the Senkaku islands, an island chain controlled by Japan. (South Korea and Japan, meanwhile, are in a dispute over the Liancourt Rocks, which South Korea calls Dokdo, and Japan and Russia have competing claims for an 800-mile archipelago called the Kuril Islands.)

Clinton's appearance at the Pacific Island Forum is part of a six-country trip that also takes her to Brunei, Russia, China, East Timor and Indonesia. Her last stop is Vladivostok, Russia, for the summit of the Asia-Pacific Economic Cooperation forum. Officials said she expects to discuss the conflict with China over the South China Sea in several of the stops.

The visit to the Cook Islands is keeping the so-called coconut wireless buzzing, in the words of the tourism authority in the capital, Rarotonga. (The Cook Islands are a self-governing parliamentary democracy, although its citizens carry New Zealand passports.)

Already straining to accommodate 500 people from 57 nations, local officials have had to ask residents to donate their four-wheel-drives for Clinton's motorcades, and have requested that she limit the size of a traveling party that usually includes dozens of aides.

Scoop.co, a New Zealand website, promised that Clinton's visit to Rarotonga "will be a much bigger show than when [New Zealand rugby champ] Zac Guildford ran naked from waterfront Trader Jacks."

To further spice up the drama, a Chinese delegation led by Vice Foreign Minister Cui Tiankai will be present too. Neither the United States nor China belongs to the Pacific Islands Forum, which has 16 formal members.

The South Pacific largely fell off Washington's diplomatic map in the mid-1990s, when the State Department closed its only aid office in the region because of budget cuts. It reopened the office in October in Port Moresby, capital of Papua New Guinea, despite budget pressures.

China doesn't disclose its foreign aid spending, but analysts believe that it gives or lends the Pacific Island nations several hundred million dollars annually, often for big projects like sports stadiums that the impoverished governments then struggle to maintain.

That has raised hackles in Canberra, the capital of Australia, the biggest donor to the region. Bob Carr, the Australian foreign minister, told the Australian Financial Review this week that he hopes China will shift to projects that provide more benefit to the recipient country, rather than building "a Chinese port linked by a Chinese road to a Chinese mine."

Some regional leaders worry that Beijing may ultimately seek more than economic and diplomatic clout. One diplomat, who asked to remain unidentified because of the sensitivity of the subject, said as China becomes more powerful, "it would be understandable that they would want more of a military profile."

Partly because of such concerns, New Zealand worked especially hard to persuade Clinton to attend the Cook Islands meeting.

Officials say she will announce new aid programs in conjunction with Australia and New Zealand.

And her entourage will include Adm. Cecil Haney, commander of the U.S. Pacific Fleet, to show Washington's military interest. Earlier this month, Adm. Haney and Kurt Campbell, an assistant secretary of State, toured parts of the Pacific and promised to help several island nations build their military capabilities.

In Tonga, in the central Pacific, where the Chinese have financed a major port expansion, the U.S. officials promised to help upgrade the tiny Tongan navy to fight illegal fishing and help patrol its waters. 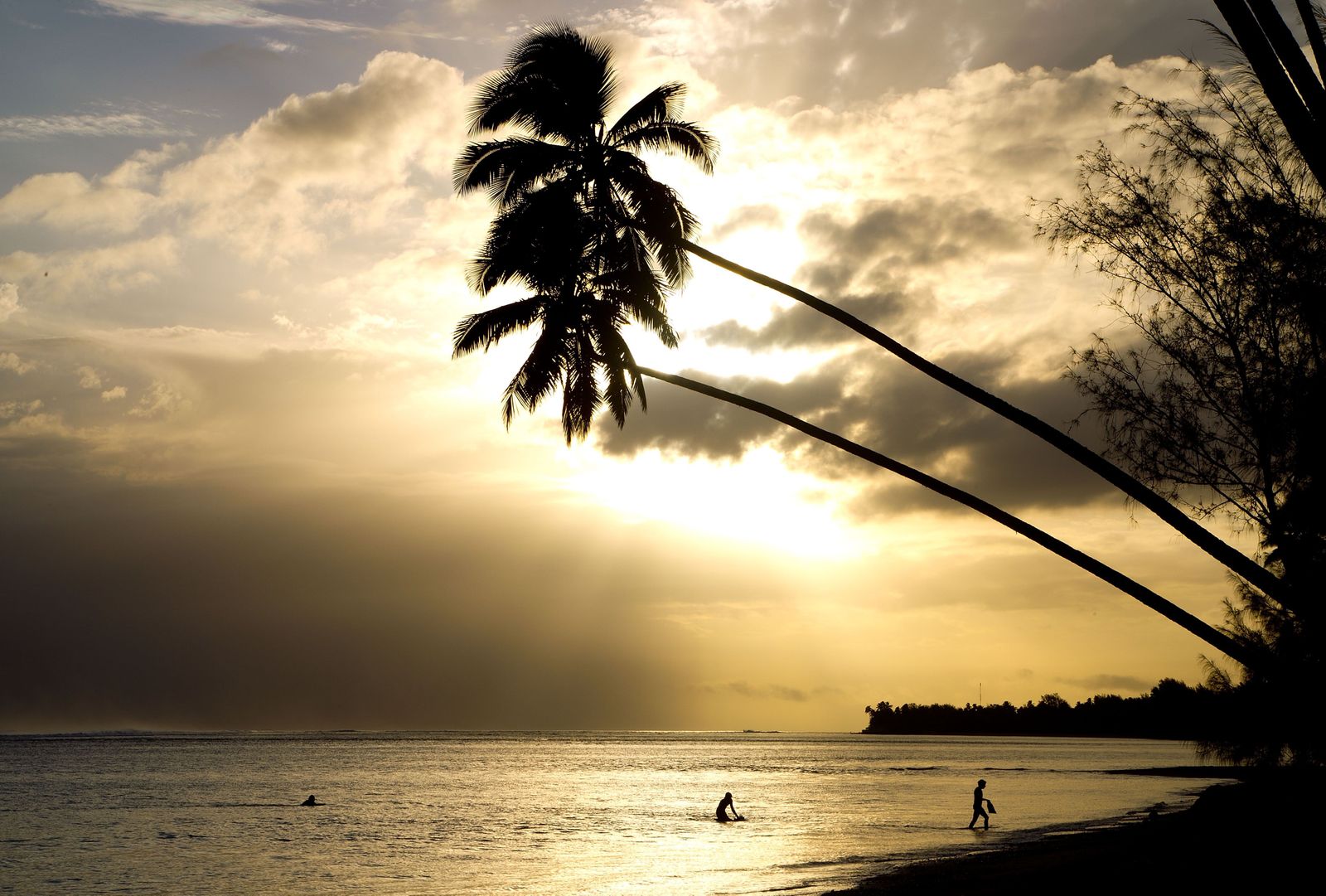 U.S. Secretary of State Hillary Rodham Clinton will visit the Cook Islands to attend a meeting of the Pacific Islands Forum. China will also send a representative.