Mexico City - He bears tiny white scars all over his hands from the sea of supporters who grasped at his outstretched arms, clawing to greet him, during three months of music-filled rallies and mobbed appearances in almost every Mexican state.

For months now, images of the handsome young politician and his glamorous soap-opera-star wife have filled Mexican television screens and fan magazines. Young admirers showed up at his campaign events wearing fake versions of his trademark hair flip.

Yet for all the adoration and saturation media coverage, Enrique Peña Nieto may be the least-known president of contemporary Mexico.

In scarcely a decade, the 45-year-old Peña Nieto has been catapulted from minor political figure to the highest office in the land. A recount of the July 1 vote has confirmed a victory that will lead the Institutional Revolutionary Party, or PRI, which ruled autocratically for seven decades, back to the presidency after a 12-year absence.

In public appearances, Peña Nieto the politician is a well-rehearsed master of gesture, an attractive if sometimes robotic speaker who never veers too far from the script. If an interview in a bustling suite at a Mexico City hotel just three days after his election is any indication, Peña Nieto the person also holds his cards close to the vest.

Tended by a platoon of aides in suits with BlackBerrys, he was reluctant to talk about himself other than in perfunctory terms. (The aides warned not to even ask.) Asked to share a bit about his personal life, he seemed to be reciting his resume.

Many in Mexico still wonder about Peña Nieto's convictions, what he's really thinking and the details of the changes he promises to bring to Mexico.

That cipher-like quality, coupled with his meteoric rise, reinforces the opinion of some that he is merely the creation of a cabal of PRI chieftains and a highly favorable, omnipresent television network.

In the interview, Peña Nieto said he would not let his smaller-than-expected margin of victory derail a broad program of reforms that includes energy, labor and tax policies. And he reiterated his vow to continue working closely with the United States to fight drug traffickers while also reducing slayings, kidnappings and extortion.

"We will widen the fight on organized crime, fighting drug trafficking, but also put a special emphasis on the crimes that generate violence in society," he said. "Sadly, what people today feel is fear, they feel frustration, they feel an absence of results."

Peña Nieto disavowed the widespread election practices attributed to his party of buying votes and bribing voters with supermarket discount cards. But he sounded slightly defensive when asked the persistent question of the PRI's long legacy of corruption.

"I think that having arrived at the presidency of Mexico provides an opportunity to show the party's new face, the commitment to accountability and transparency in governance," he said.

But some Mexicans wonder if that new face is just a mask.

Peña Nieto hails from Atlacomulco, a rural town in the state of Mexico that is also the cradle of one of the country's most powerful networks of PRI politicians, many of whom became known for their ability to amass great personal wealth while in office.

One, Arturo Montiel, who served as governor of the state from 1999 to 2005, took young Peña Nieto, a distant relative, under his wing, part of a group called the Golden Boys of Atlacomulco.

Peña Nieto was put in charge of finances for two political campaigns in the state and eventually given minor jobs in the Montiel government. The highest he rose was to become a congressman in the state legislature.

A relative of four governors of the state, Peña Nieto was tapped as the PRI candidate to succeed Montiel, which was tantamount to being anointed. Becoming governor in 2005, he said in the interview, fulfilled a childhood dream.

It was in that campaign that he began to shine, his good looks making women swoon and his charisma attracting the attention of party kingmakers. And it was that campaign, some of his closest advisors say now, that launched his presidential bid. 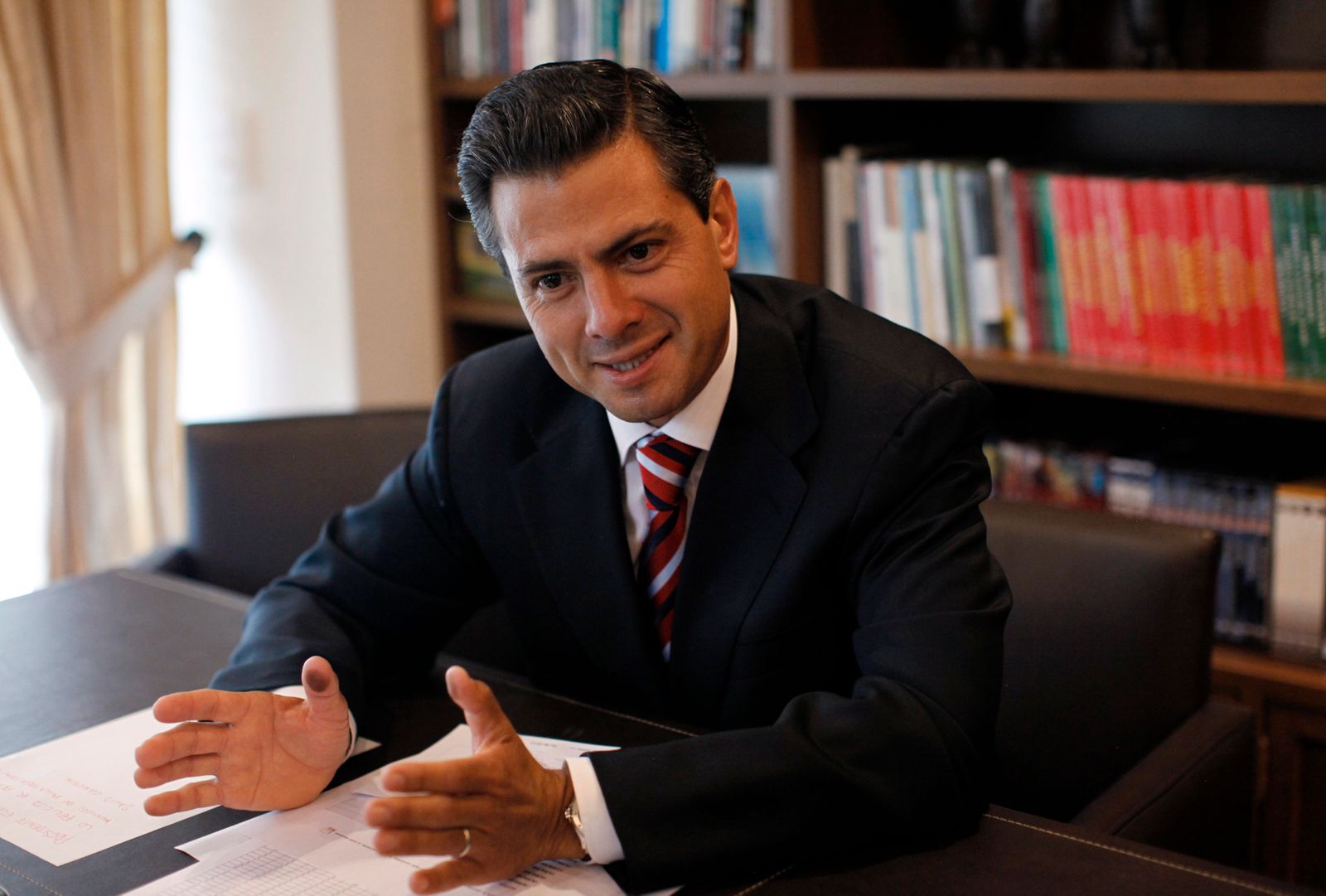 Enrique Pena Nieto speaks to international reporters in Mexico City the day after he was elected Mexico's next president.