The recovery, however, will continue to be sluggish, with gross domestic product projected to grow 2.3% this year and 2.6% in 2013. GDP is the measurement of all goods and services produced in the U.S.

"Overall, there is simply not enough underlying strength in the economy to lead to a sustained pickup in economic growth," said the forecast released Wednesday. "At the same time, we see no major negatives that are likely to push the economy back into recession."

In California, the economy will pick up steam next year as home prices appear to have bottomed out and construction spending is growing again, said Esmael Adibi, director of the A. Gary Anderson Center for Economic Research at Chapman.

The forecast projects payroll growth in the state will swell by 1.4% by the end of the year, and grow 1.6% in 2013, with much of the expansion in the professional and business services sector and healthcare.

Because employers have been slow to add jobs, the number of self-employed people has grown, the report found. Many laid-off workers have become consultants, contractors or freelancers. That will cause civilian employment - which includes the self-employed - to grow by almost 29,000 this year and 33,600 in 2013.

In a survey conducted by Chapman, a California consumer confidence index now stands at 92.3, up from a recession level of 57.6.

Increased consumer spending is likely to boost state coffers, he added, with economists projecting taxable sales to rise 5.9% this year compared with 2011.

One bright spot in California, the report said, is that despite anxiety over Europe's continued debt problems, the crisis abroad is unlikely to affect California as much as other parts of the U.S.

None of California's top five trading partners is a member of the European Union, and merchandise exports grew 11.3% in 2011, from $143.2 billion the year before.

Merchandise exports will continue to grow by 9% this year, a few notches lower than 2011, the forecast said. 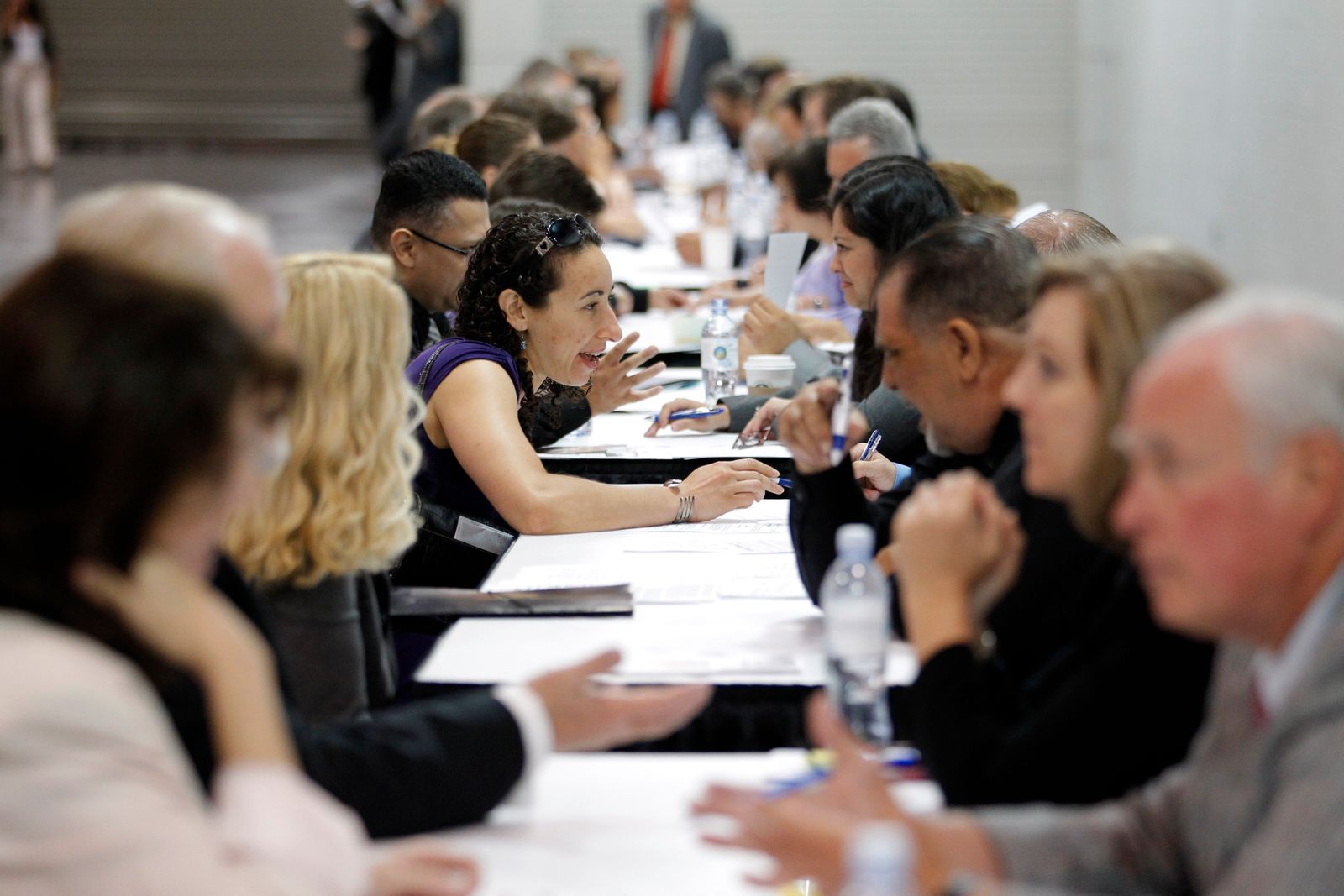 Job seekers have their resumes reviewed at a job fair expo in Anaheim, Calif. A Chapman University forecast says the country and state's economic recovery will continue slowly.