Los Cabos, Mexico - President Obama back-slapped and smiled through another gathering of world leaders this week, but left a meeting of G-20 nations Tuesday in much the same place he was in when he arrived: waiting for Europe to prevent disaster.

The Eurozone's debt crisis continues to present a growing menace to the American economy. And that puts Obama in a position all presidents hope to avoid, especially in an election year: His political fortunes could be at the mercy of events out of his control.

Concerns about the economy pervaded the two-day Group of 20 summit at this seaside resort area. Despite the pro-euro currency vote in Greece's election Sunday, financial markets offered only brief relief. Borrowing costs for Spain kept rising this week, as investors worried that the country would seek a major government bailout.

Obama, who has encouraged European leaders to place greater emphasis on promoting short-term growth instead of pushing austerity measures, said in a closing news conference Tuesday that despite the challenges, he was confident the leaders were on the right path to resolving the crisis. He welcomed the G-20 declaration that European leaders would "take all necessary policy measures to safeguard the integrity and stability of the area."

"Our friends in Europe clearly grasp the seriousness of the situation and are moving with a heightened sense of urgency," Obama said.

But some analysts were far less optimistic. The declaration repeated what are now-familiar mantras of promoting economic and job growth.

More troubling, they said, was that the G-20 statement didn't set specific timetables for action, instead opting for vague language that reflected the political realities in Europe and persistent differences between Germany and other nations - factors that have stymied an effective response.

Many experts believe a banking union will help restore confidence in Europe's fragile financial system, but the declaration said only that leaders supported the euro group's "intention to consider concrete steps."

"There is nothing in this that gives me any reassurance about coordinated action in Europe or outside," said Paul Donovan, a global economist at UBS Investment Bank in London.

From the beginning, Obama administration officials had expected underwhelming results. The real action, they said, would take place at a European Union summit next week. The G-20, which includes only three of the 17 nations in the Eurozone - the bloc that shares the euro currency - was not the forum for fixing this problem.

"It's best for us to let them describe what their plans are. We have to recognize the solutions have to be designed in Europe … and legislated in Europe," a senior U.S. official said as the summit neared its end.

European leaders, feeling intense heat from heads of other countries, at times pushed back, saying the financial crisis had originated in North America and that non-European members of the G-20 should fix their own financial problems.

At the same time, the summit laid bare sharp divisions within Europe as German leader Angela Merkel showed little flexibility in her insistence that fiscal prudence was the best path.

French President Francois Hollande, who came to power this spring largely on an anti-austerity platform, acknowledged that Merkel and other European leaders had to answer to their constituents.

"We all have institutional constraints," Hollande said, even as he noted the importance of Europe "acting quickly and taking actions at the right time."

Obama pointed to other fruits from the summit, including renewed commitments from the G-20 countries to work to reduce trade and exchange-rate imbalances to foster economic growth.

But the president found other challenges during the gathering. A two-hour meeting with Russian President Vladimir Putin yielded no breakthrough on their differences over the conflict in Syria, although there were signs Putin may be loosening his support of Syrian President Bashar Assad.

"We had an intense conversation about it," Obama said Tuesday, but he acknowledged that neither the Russians nor the Chinese "are there yet" in terms of pressing for Assad's ouster. 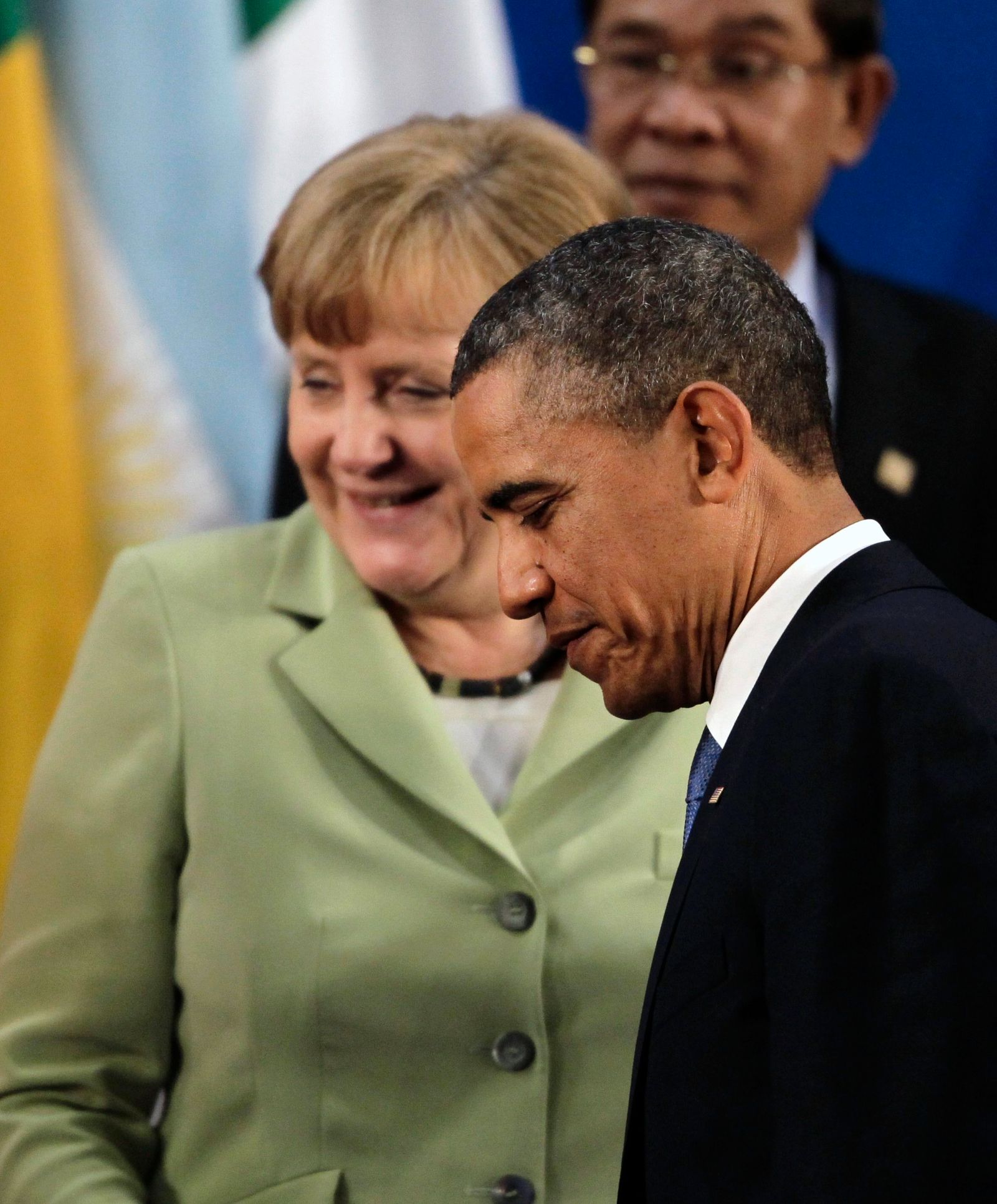