Washington - The typical American family lost nearly 40% of its wealth from 2007 to 2010 as the Great Recession reduced household net worth to a level not seen since the early 1990s.

The net worth of the median U.S. family - one with an equal number of families richer and poorer - fell to $77,300 in 2010 from $126,400 three years earlier, after adjusting for inflation, the Federal Reserve said in a new report Monday.

The drop, much steeper than previous Fed quarterly reports have suggested, underscores the severity of the 2007-09 recession that decimated the housing market and resulted in massive layoffs that slashed people's incomes.

Although families have recovered some of the lost wealth in the last 18 months, the new 80-page Fed report shows that the financial shock hit them across the board - rich and poor, young and old, the well-educated and the less educated and those with and without children. The report also detailed incomes, debts and various assets owned by families.

The report comes at a time of growing concern about the U.S. economy as sputtering job growth has added to worries of a global slowdown, with Europe on the ropes and both China and India losing steam.

For President Obama, whose reelection could hinge on voters' assessment of their financial condition and changes, the new Fed data supports his frequent statement of the terrible economic situation that he inherited when he took office in early 2009. At the same time, the slow and halting recovery since mid-2009, when the recession officially ended, has left the president vulnerable.

The report showed that the biggest reduction in net worth, in percentage terms, affected young middle-age families, those headed by 35- to 44-year-olds. Their median net worth - total assets minus debts - dropped 54% to $42,100 over the period.

Only 47.6% of these families said they had saved money in 2010, the lowest of all age groups. Overall, 52% of families socked away money that year.

That is a stark change from 2001, when 62.3% of families headed by 35- to 44-year-olds reported having saved money that year, making their group the highest percentage savers among all age categories in the Fed's report.

"Lower- and middle-income households got especially creamed because their biggest asset is their home, and that got crushed," he said. "This reinforces how dizzying the decline was during the period."

Things have improved for many families more recently, separate Fed data show. Household net worth generally has increased since 2010 as the stock market rebounded, more people found work and housing prices stabilized in many parts of the country. In the first quarter of this year, net worth saw its biggest gain in seven years.

Nonetheless, by any measure, the typical American family's wealth remains well below its pre-recession high, in large part because national home prices have only recently shown signs of hitting their lows.

Monday's report, which was based on the Fed's Survey of Consumer Finances done every three years, shows that a sharp loss of incomes added to the severity of the problem.

But families headed by people ages 65 and up, reflecting their fixed incomes and more-conservative investments, didn't see an erosion of real incomes between 2007 and 2010. By contrast, the youngest families, headed by those under 35 years old, had the biggest drop in median income, falling more than 10% to $35,100 in 2010.

On education, the inflation-adjusted median income of $23,000 for those without high school diplomas hardly changed during the three-year period.

By region, not surprisingly, median income as well as net worth fell most sharply in the West. Median family income dropped 10.3% in the West to $48,800 in 2010. The South saw a 9.6% decline to $40,700. Median incomes in the Northeast and Midwest were nearly unchanged during the three-year period.

Similarly, the West - with California, Nevada and Arizona seeing sharp drops in home values - took the biggest hit in median net worth. The region's family wealth fell more than 55%, to $73,400 from $164,100.

"Real estate is such a big portion of the economy in the West, including California, that its drop in value has taken a big chunk out of net worth," said Sung Won Sohn, an economics professor at Cal State Channel Islands. "The drop in real estate has been so large, it will take probably years to recover. It could very well be a decade." 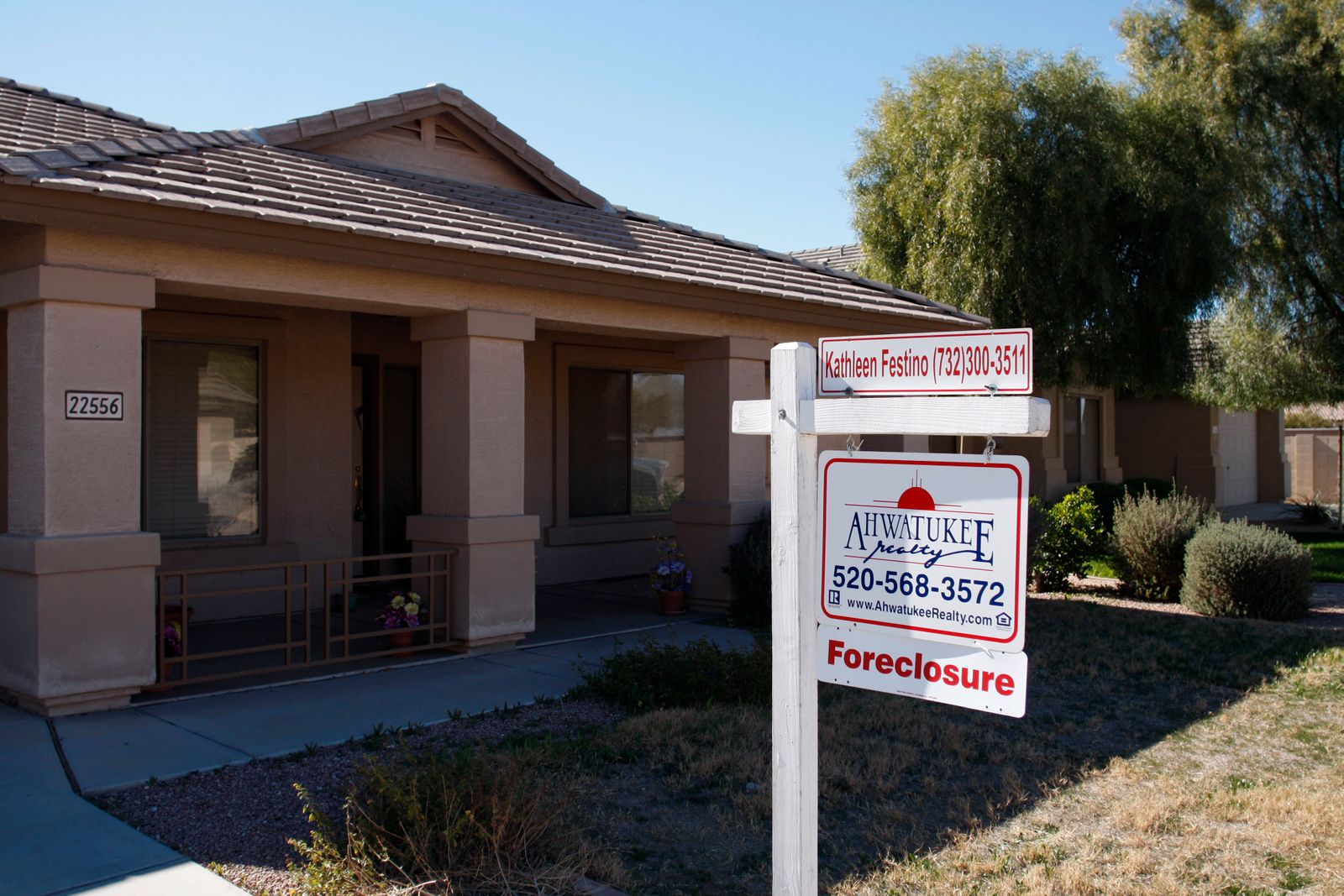 Families in the West took the biggest hit in median net worth between 2007 and 2010 as California, Nevada and Arizona saw sharp drops in home values. Above, a Maricopa, Ariz., home in foreclosure in 2009.