Crotone - With 1,586 employees, the Local Health Authority (ASL) is the largest enterprise in this mid-sized city in Calabria, a region in southwest Italy. And the next largest? The provincial public administration, with 390 employees, which is followed by city government offices and local branches of the national government.

In Crotone, one in every 50 inhabitants has a public-sector job. More than twice that number -- 6,444 -- are unemployed. Locals call this "social safety valve" system. Even the state-funded holding center for illegal immigrants is considered an important source of employment.

Once upon a time, Crotone was called the Milan of southern Italy. The 1960s and 1970s were the golden age of Pertusola, a successful metallurgy company that employed up to 1,300 people; of Montedison, where more than 1,000 workers produced fertilizers and detergents; and of Cellulosa, where hundreds of chemists developed innovative paper products. It was an era when a state-of-the-art technical institute, the Donegani school, turned out the workers of tomorrow. It was an age of wealth and freedom.

But since the 1990s, all this is in the past. Pertusola and Montedison have closed, and Cellulosa went bankrupt. The last generation of workers occupied the factories with strikes, and set fire to the machines.

Poisoned by metals and chemicals

The glorious industry of the area is no more. Now, there is just the toxic trail they've left behind: the soil across a huge area in the center of the old town is poisoned by metals and chemicals, and has been waiting for a cleanup for 20 years. None of this helps build a tourist industry in an area known for several important sites of Greek ruins.

"The only legacies of the Magna Grecia are the tragedies," says Raffaele Scavelli, a 38-year-old who has been living on unemployment benefits for the last four years. He used to work at Gres 2000, a tile factory that was expected to employ 250 workers. The factory opened, but after running out of European Union funds, was quickly shut down.

The same has happened to dozens of other factories. "They waste the employment opportunities," says Salvatore Federico, secretary of the local branch of the union Fim. "We have only seen takers, not builders."

Social safety valves have replaced salaries. Ordinary unemployment compensations paid by the State were up 155% between 2009 to 2010. Politicians have replaced entrepreneurs. They are the ones who have jobs to distribute.

At 43, Giancarlo Siciliano has been unemployed for longer than he was employed. "I worked at Pertusola for 10 years, and I have been living on unemployment compensation for 12 years. I have an unemployed wife and three children. My compensation is 375 euros a month. How do I survive? Thanks to under the table jobs -- when I can find them. I am not shy of admitting it." He also signs up for training classes for would-be electricians, gardeners and other occupations. But Siciliano says they don't really retrain him, and he knows that no one will offer him that kind of jobs. But he receives 300 euros when he shows up.

According to official statistics, between 2008 and 2010, Crotone's population rose and the unemployment dropped 0.3%; but during same period, the employment rate fell by 4.3%. But is not a paradox: no one here looks for a job in the legal ways anymore.

"I have been working since I was 16 years old. I have done hundreds of different jobs, but I have never had a regular contract. I have no idea what a paycheck looks like," says 29-year-old Giovanni Foti.

In January 2012, 32,025 people were registered at the local employment center. They are part of what's nicknamed the "151 people." They work 151 days in the fields, the maximum before employers must offer them a permanent post. On the 152nd day they are let go, and hired again after six months. In the intervening six months, they qualify to receive 80% unemployment compensation.

This, says Pino De Tursi, secretary of the local branch of the union Cisl, is yet another so-called safety valve. "The saddest thing is that we have huge potential here. We could revitalize the archeological area, and reopen the commercial harbor," he says. "But the projects never get launched. Sometimes I just think that someone is benefiting from leaving everything like this." De Tursi pauses, before concluding: "A population without jobs can be easily blackmailed -- by everyone." 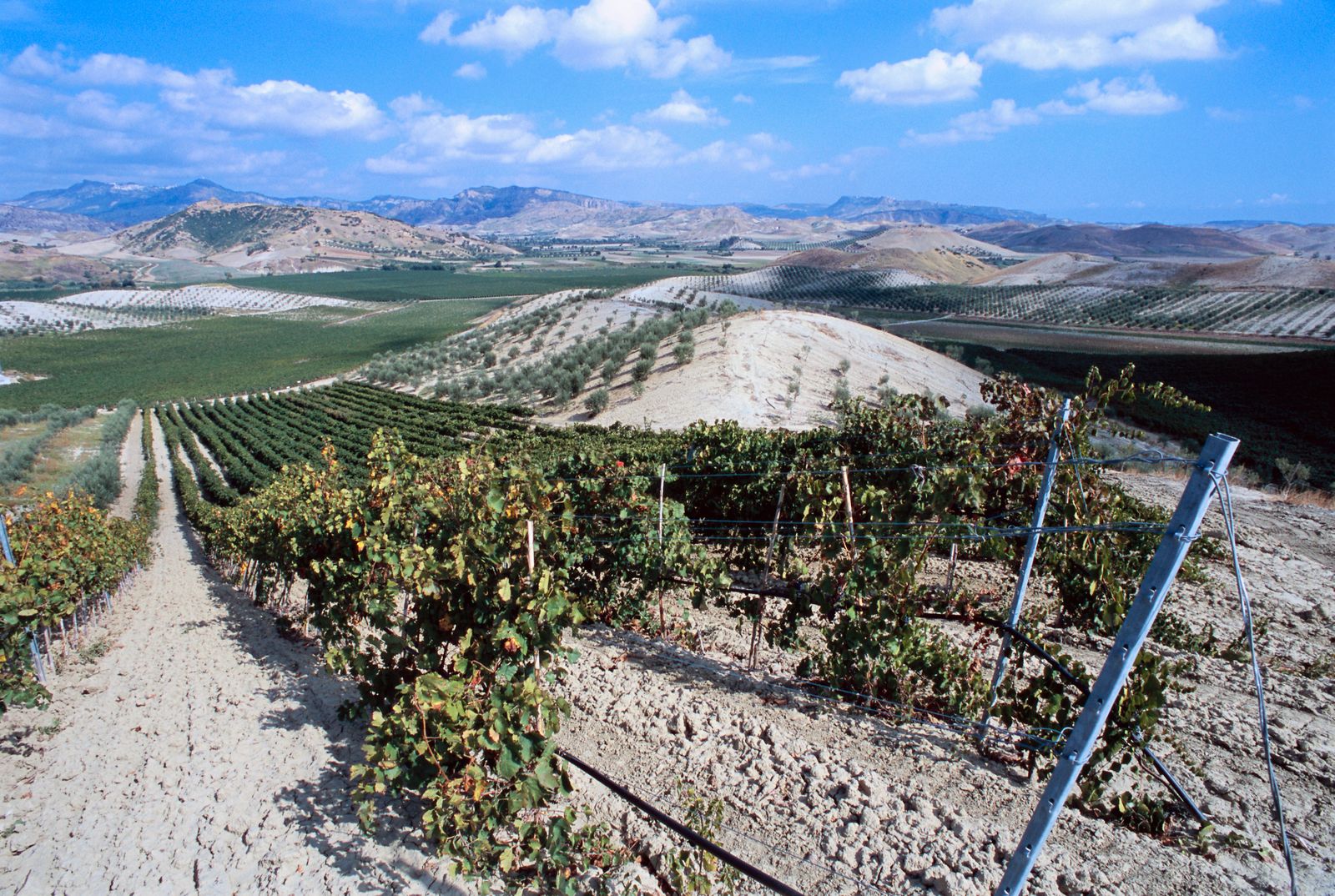 Agriulture in the province of Crotone: The Librandi vineyards in Ciro'Marina, Calabria