Alipay, an online third party payment subsidiary of Alibaba, offers easy ways to personal finance management products. With the Alipay app on smartphones or iPads, people can invest their money in a few minutes to buy a monetary fund called "Yu-er Bao", which offers a higher return rate than banks.

The company who manages this fund is in cooperation with Alipay. In less than one and a half year, this newly launched fund has received 547 billion RMB (about 65 billion euros) from 124 million personal users.

Xu, who simply deposited her money in the state-owned banks in the past, is awakened by the relatively higher rate of Yu-er Bao. Personal finance and investment strategies are important to her, so after investing in the fund "Yu-er bao" , her trust in Alibaba grew. Now she is going to buy the stocks of Alibaba on USA market.

Young people like Xu feel that Alibaba is a better place to keep their money than state-owned banks, not only because Alipay offers higher interest rates in the financial products, but also because it has to compete in the market. Thus, it is necessary for Alibaba to keep a good reputation.

Alibay profits from the poor reputation of state-owned banks

"Alibaba is still expanding its business. If it cheats on its clients, it suffers a greater loss than its clients." said Zhang, a 25-year-old Taobao user. In his perspective, for a long time state-owned banks have had a poor image because of their monopoly status and not being responsible for their clients. For example they pushed many clients to buy insurances with floating return rates, without fully informing the clients about the risks.

By stepping in the field of finance, Alibaba has greater ambitions. Now people can use Alipay mobile apps and the Alipay website to pay their bills, transfer money among different bank accounts or charge their mobile phone accounts. Alipay is working hard to be accepted as a method of payment by offline scenes: supermarkets, restaurants, tax-refund in the airports, registration at hospitals, etc.

Alibaba has already set up a business of giving out loans to small business on Taobao based on their transaction data.

Despite the fact that the assets and companies related to "Alipay" are not included in the public listed "Alibaba", Alibaba has a potential to achieve more: Many companies are interested in collecting big data of personal consuming behaviors - including the financial details of every client. 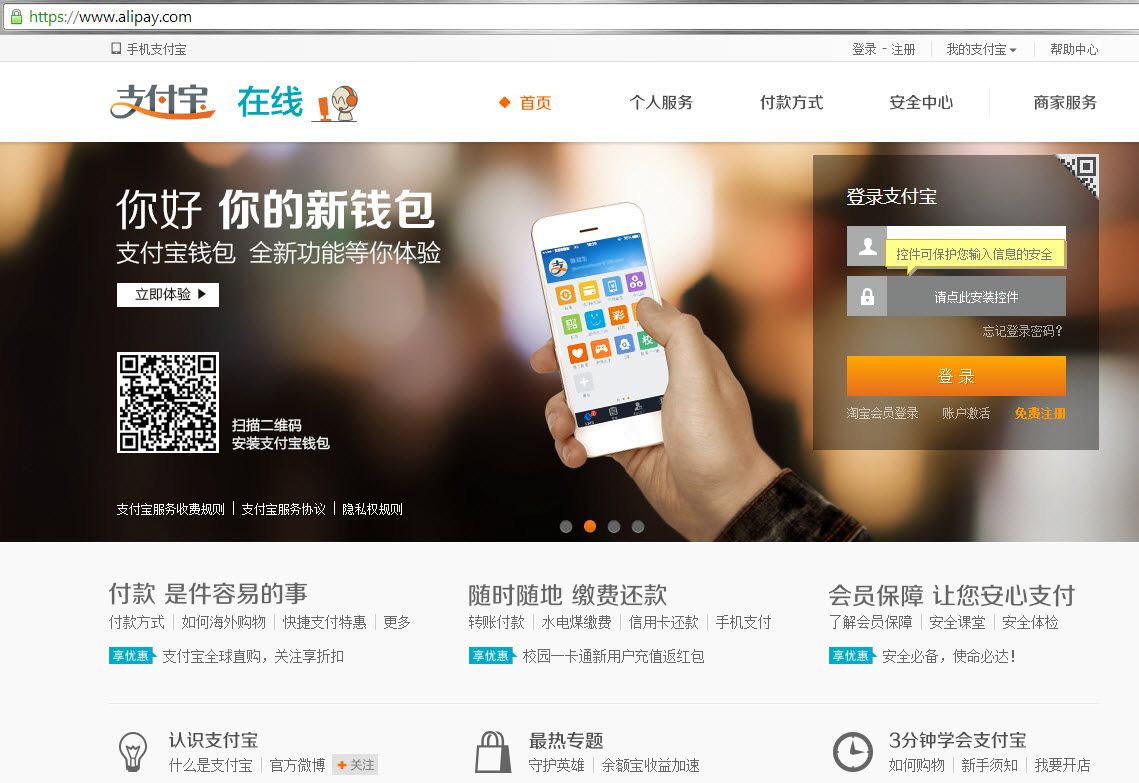 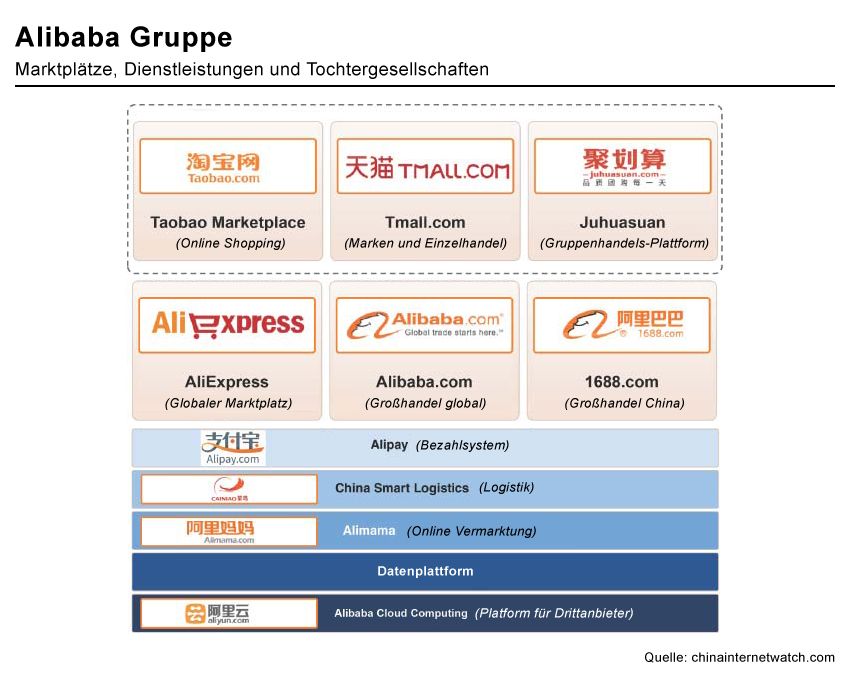