Will bitcoin’s price crash cut into its energy use?

Miners are still devouring electricity, but would struggle to weather further price declines

When gold prices fall, precious-metals firms suspend exploration and close mines with high operating costs. In theory, bitcoin miners should act similarly. Although bitcoin is a virtual currency, it is expensive to obtain. To “mine” new bitcoins—ones that do not already belong to someone else—users hook up their computers to a network, and instruct them to keep guessing the solution to a maths problem until they get it right. 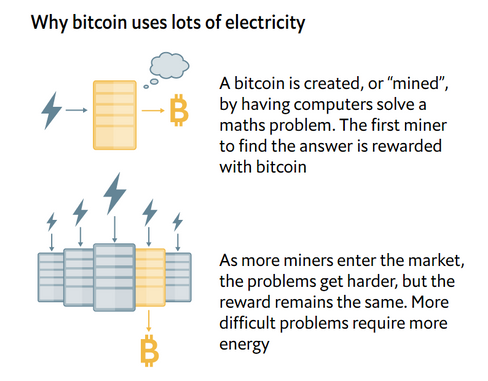 The difficulty of these tasks protects the integrity of the system: anyone seeking to rewrite bitcoin’s transaction ledger would face the monumental burden of repeating them. However, such security is not cheap. Finding the answers requires lots of computing power, and thus lots of energy. At their peak in late 2018, bitcoin miners were thought to be using electricity at an annualised pace of at least 45 terawatt-hours per year, the average rate of all of Hong Kong. 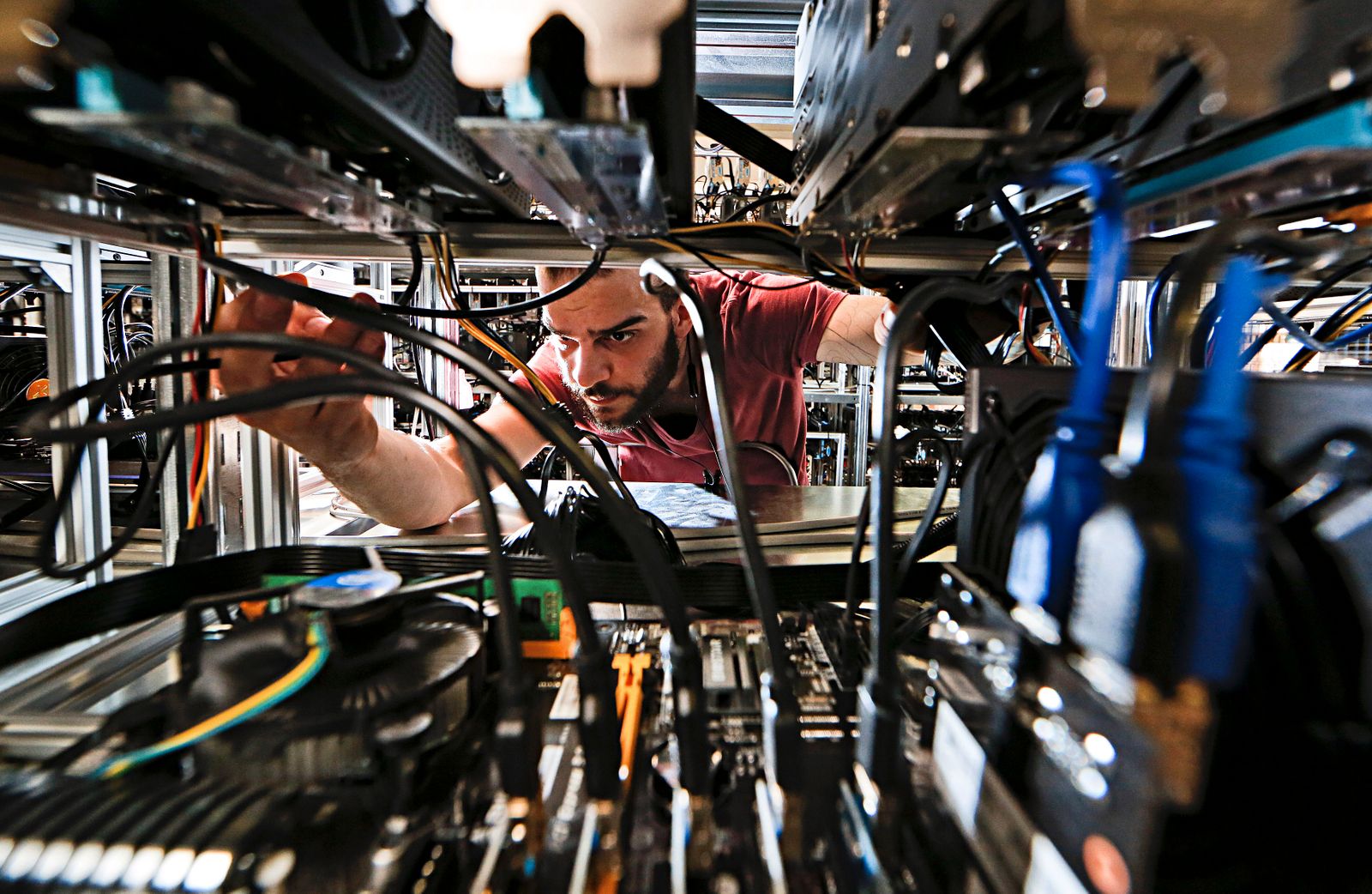 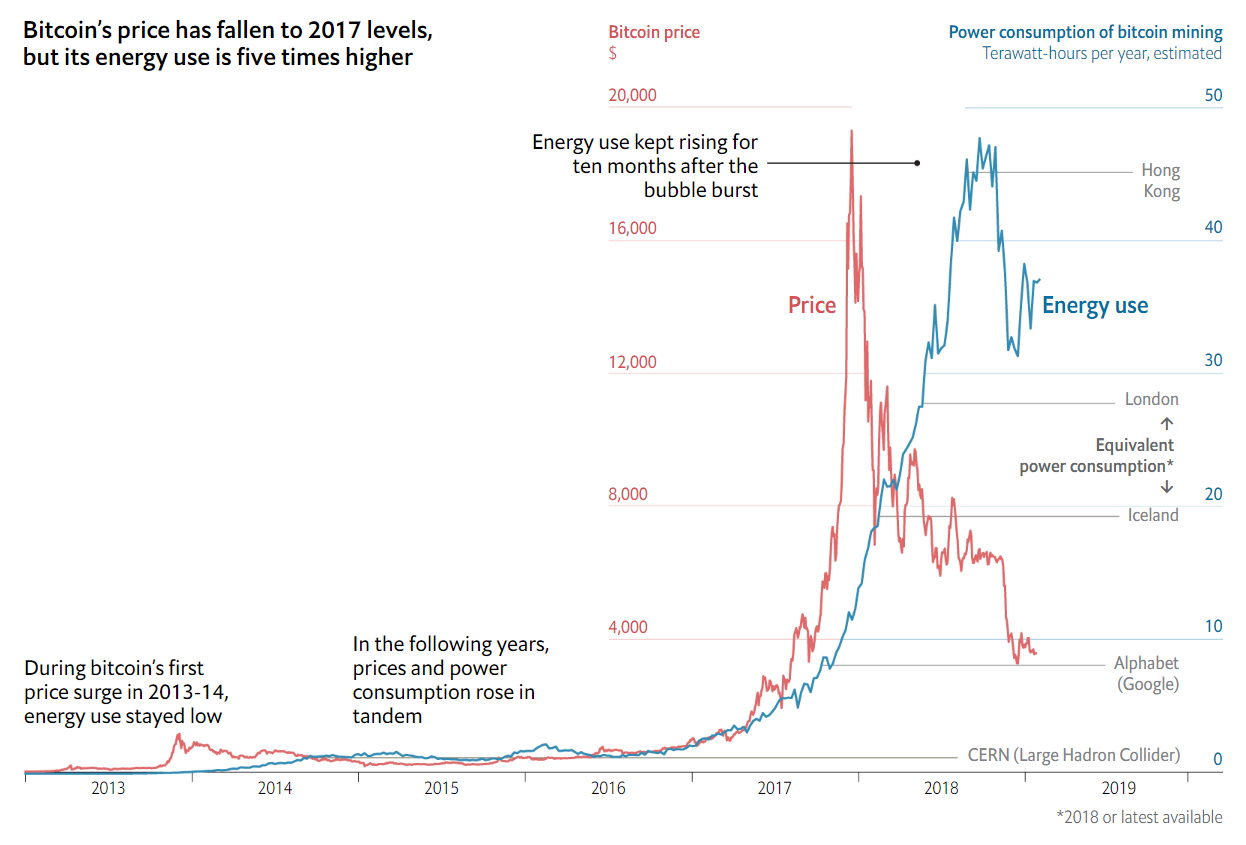 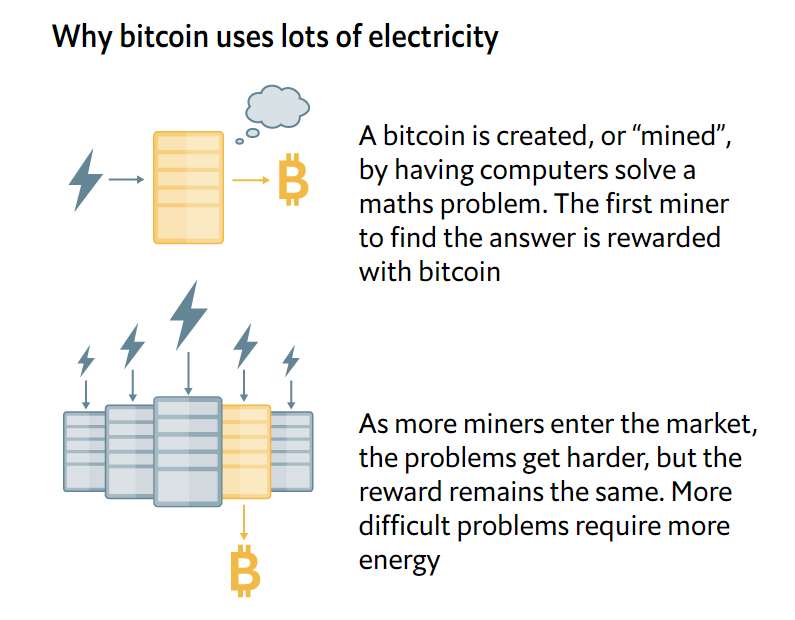