Last Monday "Iceland" was trending on social media. Over 1 million searches in Germany alone. It was like the whole world was surprised that Iceland could beat England. We are of course talking about the men's European Championships. Icelanders were surprised too, actually that is not correct, they were ecstatic and still are. The Icelandic football shirts are sold out and thousands of Icelanders are flying to Paris to see Iceland play against France on Sunday.

That Iceland qualified was already a sensation. It was the first time the Icelandic men's football team has ever qualified for a major tournament and Iceland is the smallest country ever to qualify for the European Championships. Thousands of Icelandic families planned their summer holidays around the first games so that 10% of the Icelandic population showed up for the first game against Portugal. Very few believed that Iceland would go any further and Ronaldo certainly didn't, this is what he had to say after Iceland achieved a tie against Portugal:

"Iceland celebrated as if they had won the whole Euro. That's a small country mentality, they'll never amount to anything."

It was already a great underdog story that Iceland made it through to the knockout round. Everybody assumed that England would win, they were on paper the better team, but Iceland won, against all odds. For some betting companies it was the largest payout ever. Since then all kinds of theories have emerged on why the Icelanders could make it so far in the European Championships. Although it looks like an overnight success we all know that is never the case, neither in business nor in sports. There is always a backstory and it is from those backstories that we can learn and also apply some principles to business.

Iceland has only 330.000 inhabitants but they still manage to win against nations with millions of inhabitants.

Being small doesn't necessarily mean weak, key is having the courage to stand up against bigger opponents and not giving into hierarchy, reputation or size.

Children in Iceland start to practice football when they are six years old and some even earlier. The summer school holiday is 10 weeks long and since parents work full time (side note: Iceland is nr. 1 in gender equality and best place in the world to be a working mother), children attend all kinds of summer courses during this time. Football courses are the least expensive and also the most popular summer courses.

About 15 years ago Iceland and UEFA started to invest into Icelandic football. The bulk of the investment went into building indoor football domes so that football could be played also in winter. Today there are 30 full size all-weather football pitches and 7 of them are indoors. They also invested into training the football coaches so that here are now 1 UEFA licensed coach per 450 inhabitants.

There is no professional football league in Iceland, only a semi-professional league where everybody has to have a second job to support themselves. Therefore all of the players on the Icelandic national team play outside Iceland to be professionals, many of them leaving the country as early as 17 or 18 years old.

A winning team is not built overnight. Most of the players on the Icelandic national team have been playing together for several years. They know each other's strength and weaknesses. They talk fondly of each other, there no backstabbing. They've become friends and they like to spend time with each other. One of the co-trainers described traveling with the Icelandic team was like going on a school trip.

There are no super-stars on the Icelandic team. The team actually plays together as a team. At the same time some players are shining and are already getting offers for the English Premier League.

There's a saying in Iceland "Þetta reddast" which means "it'll work out" and funnily enough it always does. There are dozens of stories of how Icelanders have made things work out spontaneously and last minute during the European Championships including pop up election booth in Annecy so that the Icelandic football team could vote in the presidential elections last Saturday.

If there is one thing that explains why Iceland beat England, then it is mindset. It's partly the Icelandic mindset, that anything is possible, but also surely the superb coaching from Lars Lagerback and his co-trainer Heimir Hallgrimsson. Icelanders tend to believe they can do anything but sometimes they chicken out last minute, especially in sports. This is not the case anymore. This team has the belief that they can beat any team, one team at a team. It is not that they think they are the best but a firm belief that anything is possible and therefore a win is possible.

On Sunday the world will be watching.
Will Iceland beat France?
They have the skill and therefore it will come down to mindset. 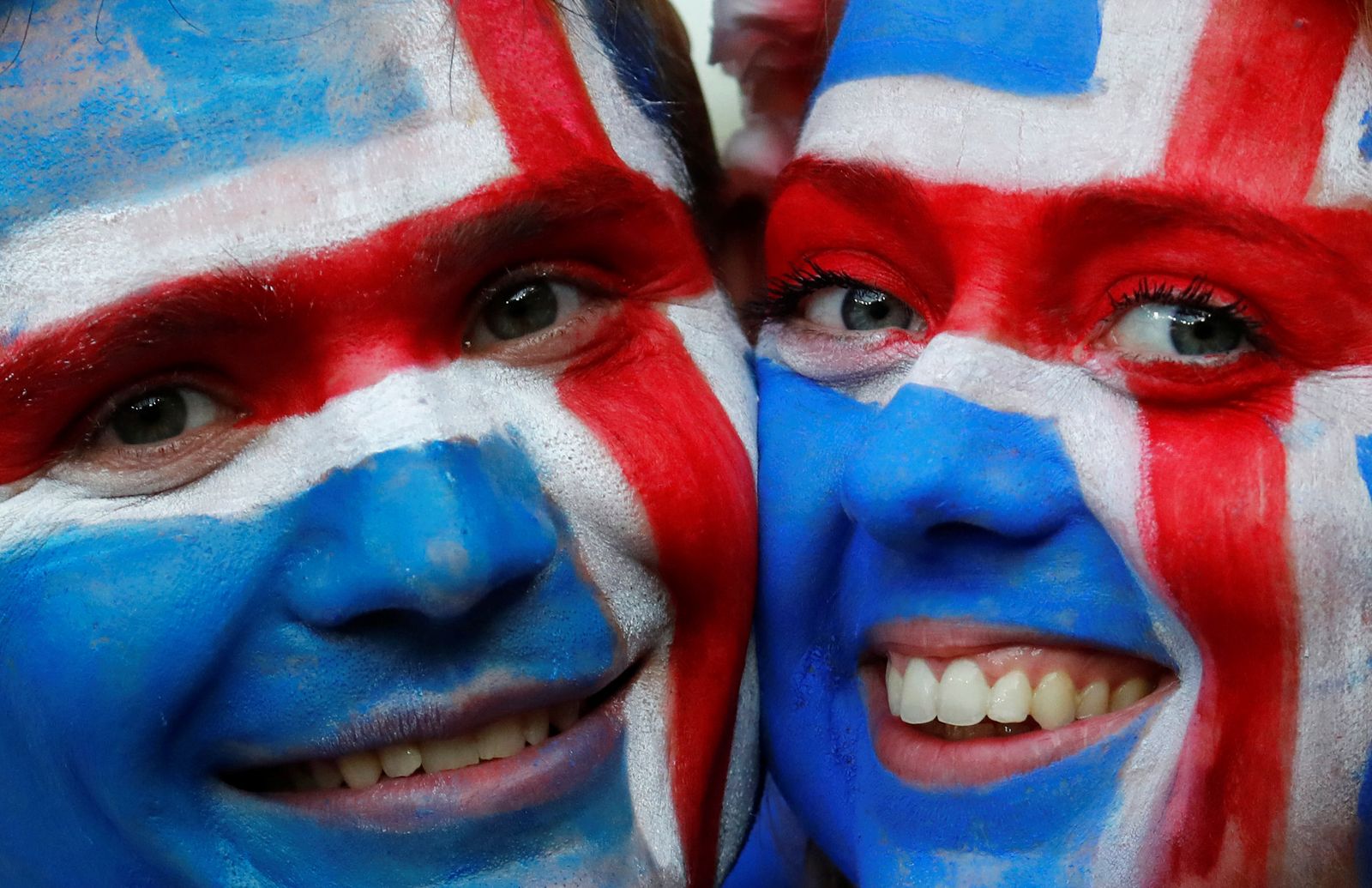