Only a cynic would suggest that the serious outbreak of infections in the United States with the coronavirus would be a welcome game-changing moment for Bernie Sanders in his campaign for the Democratic nomination for President of the United States. But it very well might be.

First of all, there was the disastrous address to the nation by President Trump on Wednesday night. Instead of even remotely rising to the occasion, he once again downplayed the risks.

Trump's Egomania vs the Virus

Second, there was once again the self-congratulatory egomania that accompanies all Trump says and, of course, he was taking not one iota of responsibility. Except, this time people are dying.

The spread of the disease in the United States is widely underestimated. I live in Westchester County, where the town of New Rochelle is located. It is currently one of the epicenters of the outbreak (and was partially sealed off by the Governor of New York). The town is 10 minutes from my house.

Why is the spread under-counted? Well, here in Westchester County, we were informed, there are NO test kits. In fact, there are few test kits in the United States at all.

And why is that? Well, for one thing, President Trump eliminated the position of senior director for global health security and biodefense in 2018.

For another, he has proposed deep budget cuts for the U.S. Center of Disease Control and Prevention (CDC) in every one of the budget proposals since he took office in 2017. This also applies to the one he just submitted on February 21, 2020, at a time when the WHO had already declared a health emergency over the virus.

This enraged Republican Congressman Tom Cole so much that, in a rare act of defying his President, he predicted almost three years ago:

But how exactly does the virus change delegate math for Bernie's nomination? Well, as we all know Bernie's core campaign element is his promise of Medicare-for-all. And, of course, Joe Biden does not support this idea, based on cost considerations.

But here is where the coronavirus might change the forthcoming primaries. In their debate on Sunday, Sanders and Biden will be alone on the stage (or actually in a TV studio) of a venue that has been changed from Arizona to Washington, D.C. due to the virus.

The debate's supposed moderator, Jorge Ramos, a well-respected anchor at the Spanish-language TV station Univision cancelled his participation because he has come in contact with an infected individual.

Capitalism can do no better than this?

This situation is as if it were made for Sanders. In his typical clipped, but effective way of arguing, this is what Bernie is likely to say:

1. "Not only are we ill-prepared for the virus due to the incompetence, ignorance and lack of crisis management by the Trump Administration."

2. "More importantly, this virus is likely to lead to more American deaths per capita than in most advanced countries."

3. "Why? Because of high insurance costs, under-insurance or no insurance many people in this country will not seek or cannot afford the treatment they need."

4. "The human tragedies that will be the result of our neglect to put in place a health insurance system that serves all Americans are the responsibility of all politicians who oppose such a system."

5. "We have the most expensive health care system in the world. And yet, for all the immense cost that people bear, we are woefully unprepared as a nation."

6. "For those who have so far considered the costs of Medicare-for-all as too high, I suggest that they look at the real economic cost of the carnage that this virus might cause in the United States and beyond and at the accompanying wealth destruction."

7. "I am saddened to be sitting in this studio tonight and have to admit that this vicious virus makes the case for Medicare-for-all more forcefully than I could ever express in words."

8. "So, please Joe, join me. Let's not try and put a band-aid on this festering healthcare crisis that has now become a national emergency. I beg you. Let's do it together."

The floor is all yours, Mr. Biden. Unless Joe Biden is ready to make a U-turn on this issue, the campaign momentum may shift to Bernie Sanders once again. 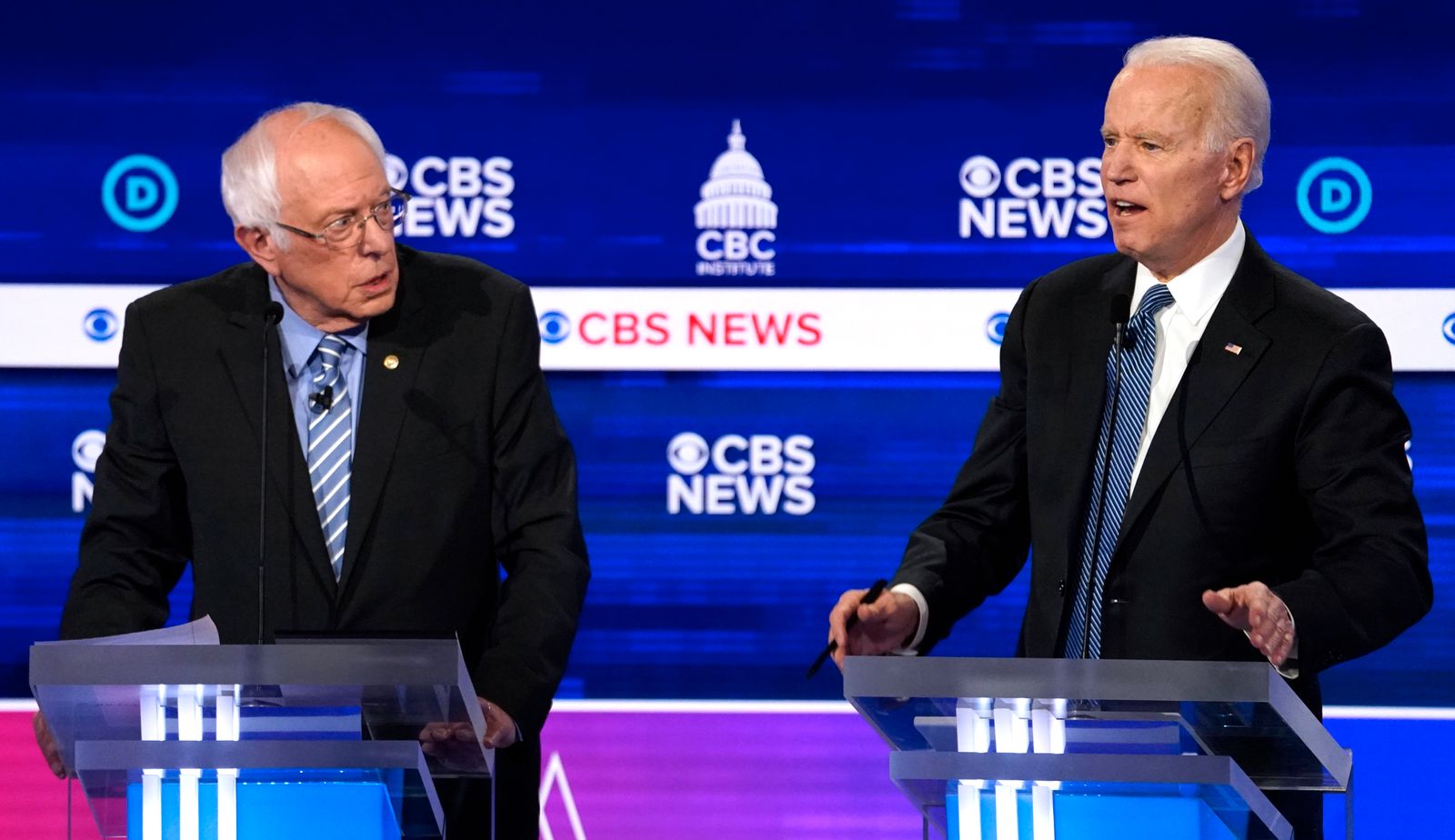