If only it were so easy First, you spend decades on the basis of a rotten social compact that has two generations of young Saudis (men, of course) idle away in the public sector bureaucracy, while being handsomely paid for doing nothing by their oil-flush government.

On top of that, those same men - often not just do-nothings, but know-nothings - have gotten used to having laborers as well as medium- and highly skilled workers from other nations work as their minions. The net effect is that they build and maintain a modern-looking and smoothly functioning society.

McKinsey to the rescue: Are you kidding?

Then, when the oil riches decline and the world at large is making a determined move away from dependence on some desert sheiks, McKinsey is called to the rescue. For the right kind of money, the giant consulting firm is always pleased - and indeed eager - to help.

And so it is that we now read articles in the Washington Post and elsewhere that are dutifully admiring of the young crown prince and his brigade of technical advisers who are supposedly determined to turn Saudi Arabia around.

Of course, hope springs eternal. But there is just one little problem: A nation whose leadership has essentially been determined for decades to write off the human development potential of its population at large cannot easily flip a switch.

While they are world travellers always staying in their own luxurious bubble, Saudi princes have very little sense of reality and no ability (or track record) in social engineering.

They also don't care about their own people. All they care about is to preserve their own social status. Realistically, what they attempt to do is rearrange the chairs on the deck of their Titanic.

Why Western declarations of admiration?

As transparent - and futile - as the Saudi royals' maneuver is, what begs disbelief is the attempt in some of the world's leading papers to declare admiration for the wisdom of the Saudis' move.

Their self-reform agenda simply cannot be achieved. It's not a matter of suddenly wising up and then calling in McKinsey to fix it all.

This is, after all, a country whose leadership regime has toyed with the Western world in the most cynical fashion by sending out official declarations that it is not a state sponsor of terrorism (largely true), while in all likelihood being the world's biggest private sponsor of terrorists.

What is even more baffling is the consistent effort, especially pronounced in the United States, to whitewash whatever goes on in Saudi Arabia, while maligning whatever happens in Iran.

No doubt: There are plenty of things in Iran that must be rectified and improved. But one future-oriented fact is undeniable. In terms of its human development potential, Iran is bound to outclass neighboring Saudi Arabia.

Iran's improvement in UN Human Development Index score from 1990 to 2012 was globally second only to South Korea, and it now rates in the second-best tier.

Life expectancy grew by leaps and bounds, for example, along with living standards and education access. Childbirth deaths are much lower than peer averages.

Whatever one's qualms with Iran, historically it is among humanity's great nations in terms of its arts, culture and many other human skills. Saudi Arabia? Not so much. It is a glitzy pile of sand, amped up by the skills solely of foreign workers.

Without the oil, Saudi Arabia doesn't amount to anything worthy of note - had it not declared itself unilaterally to be the custodian of the entirety of Islam. Which in itself has led to a whole host of festering problems, incongruities and false claims and choices.

And, true enough, cynical and mercenary as the Saudi leaders always have been, they provide plenty of business opportunities to any and all foreigners willing to sell their services and goods, if not themselves.

Why? Because the Saudis often are the highest bidders and there are plenty of hustlers in the Western world determined to make big bucks, no matter the morals or the circumstances.

If you want to judge the prospects of Saudi reform, just look at the previous initiative announced with great fanfare in - as Reuters has chronicled - every time there's a big decline in oil prices.

In 1998, for example, then-Crown Prince Abdullah (who reigned as king from 2005 to 2015), proclaimed "[T]he boom period is over. We must all get used to a certain type of lifestyle that does not rely entirely on the state."

Obviously, that never occurred. But the bravado did manage to hoodwink more than a few Western players.

U.S. universities, for example, always eager to increase their tuition funds, were eager participants in creating the Saudi university mirage.

With a few years of hindsight, it is now clear that much of this effort was built on sand, literally. It is bound to vanish, not unlike some dunes in the Sahara.

But why should Western institutions worry? Saudis pay well - and extracting a rent from them, in a mercenary context, is far more important than achieving real results.

That goes for McKinsey just as much as U.S. universities. They are but compliant and complicit fig leafs in the Saudi royals' charade. 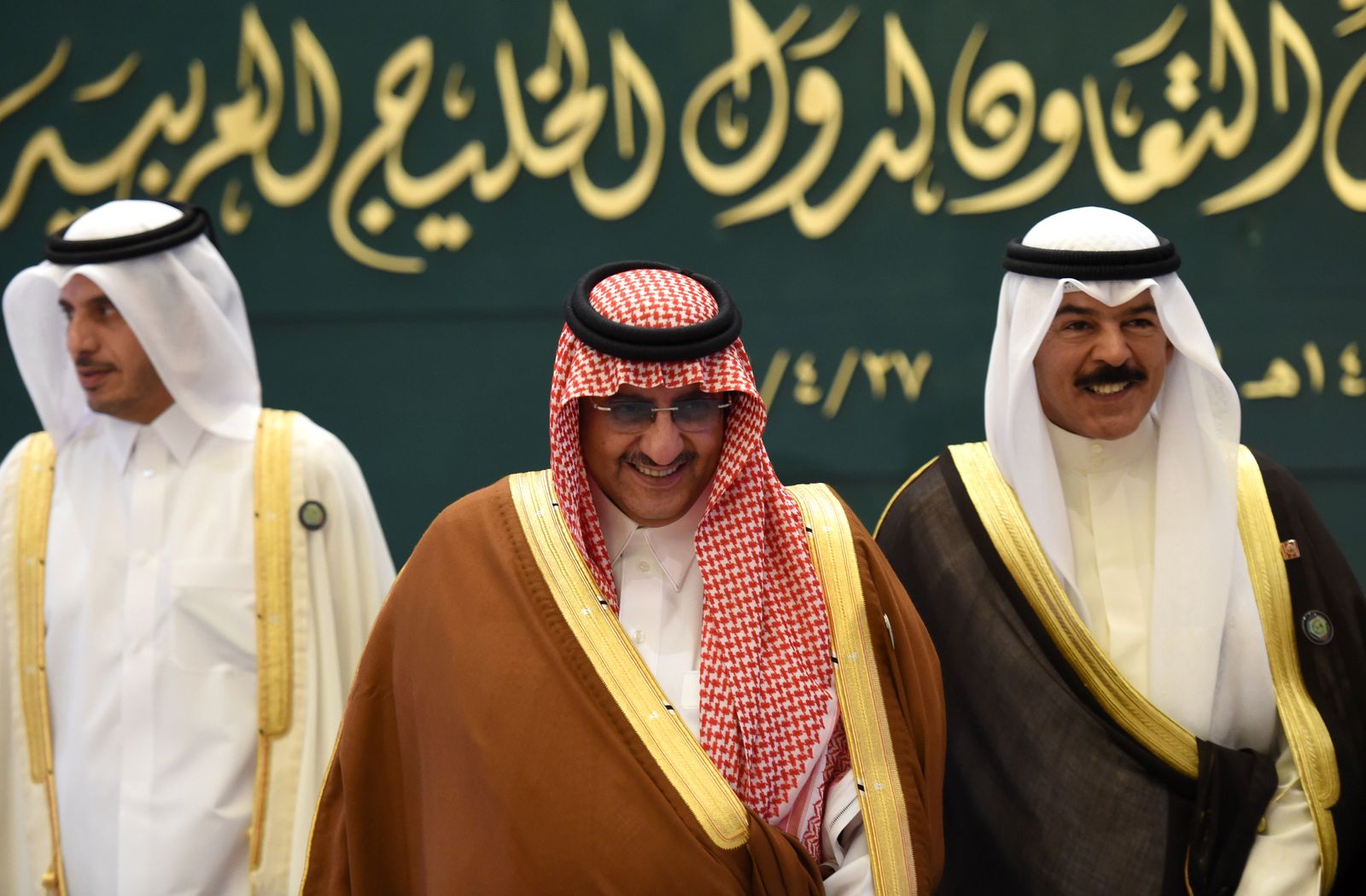