Is Donald Trump trying to resurrect the times of "Big Oil" - now via the U.S. State Department?

One would have thought that the times of when "Big Oil" ruled the world are over. But may be not.

Exxon to the rescue - of U.S. diplomacy?

Big Oil's relative decline as symbols of global power apparently doesn't keep Donald Trump from trying to resurrect them at least symbolically - by handing Rex Tillerson, the ExxonMobil Chairman and CEO, the keys to Foggy Bottom.

Tillerson's selection perfectly symbolizes Trump's desire to return to the days of when America was "great" on the global stage.

In its heyday, Big Oil engaged in plenty of sinister games, often conducted in tandem with the CIA, to wield the big American stick and exploit other countries' assets.

George W. Bush's early administration was filled with ancillary "oil men" from the industry - from Vice President Dick Cheney (the CEO of Halliburton oilfield services) on down.

But The Donald has trumped Bush with the selection of Tillerson. You cannot get much higher up the industry ladder than the CEO of ExxonMobil itself.

Oil men - yes, they are almost solely men in the industry - are a very particular breed. They tend to spend their lifetime dabbling in dealing with, and principally courting, unsavory characters and oppressive regimes in order to gain a commercial advantage for their firm.

It is troubling enough that Tillerson's supposedly biggest asset that he brings to the table is a good relationship with Vladimir Putin, Russia's strongman.

But that is just the one tip of the iceberg. Look at all the major oil exporting countries in the world today - Saudi Arabia, Russia, Kuwait, Iran, Iraq, Nigeria, UAE, Angola, Venezuela - and you end up with a veritable rogues' gallery.

This is the network of people that Tillerson knows from attending the major oil industry conferences over the years.

A network of bad apples

Now, one could argue that it's good for the new U.S. Secretary of State to know all these bad apples up close.

But it is hard to imagine that this contact network, entirely mercenary in character, could be utilized for any particularly enlightened purposes.

In terms of human development, the possession of plenty of oil is typically inversely related to acting in an enlightened manner or running countries decently.

Tillerson and the "Bush cycle"

Most of all, Tillerson's selection to the post of Secretary of State must be considered the symbolic perfection of the "Bush cycle." 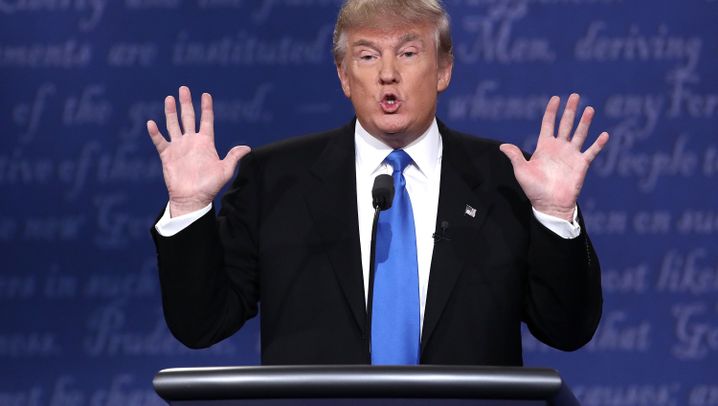 Tillerson is a Texan through and through (born and bred in Texas, and still based there - ExxonMobil's headquarters is in Irving, Texas, just West of Dallas). His Texan identity is not a populist affectation of a New England transplant to Texas, unlike George W. Bush.

Tillerson's nomination is also water on the mills of all those who believed over a decade ago that George W. Bush's ill-fated move into Iraq was driven by oil interests. They have now found ex post facto validation for their thesis.

The symbolism is making U.S.'s top oil executive the country's top diplomat is all the richer in symbolism at a time when the climate change deniers are apparently taking over the new administration.

As the leader of the oil company that environmentalists (and many Democratic state Attorneys-General) now hold most responsible for the industry's decade's-long war on climate science, he is no mere ideologue or lobbyist.

Picking an oil man to serve as Secretary of State is a throwback to a form of cynicism that positively wreaks of unapologetically Nixonian realpolitik proportions, except that even "Tricky Dick" was not cynical (or daring?) enough to make such a move.

An era of rampant mercantilism?

It also foreshadows an era of rampant mercantilism. While good Secretaries of State deal in aligning real life with as much noble principles as possible, oilmen are just known for dealing in the bowel regions of real life, free of any principles.

It would be the greatest makeover in modern American politics if Mr. Tillerson ended up as an enlightened global diplomat on behalf of the United States and the cause of peace, rather than doing the opposite.

The risk is high that Tillerson's mission may be to bend the State Department toward the unsavory material concerns of big U.S. corporations.