1. What is the significance of President Obama's trip to Cuba expected?

President Obama's March 20-22, 2016 visit is the second time any sitting U.S. president has visited the country. The first one happened in January 1928, when Calvin Coolidge attended the Pan American Conference in Havana.

The United States has had very hostile relations with Cuba since the late 1950s. Cuba is a former client state of the United States. Cuba has often influenced U.S. domestic politics - as far back as the early 19th century.

2. Who was the first to go abroad in office?

3. What did it take for U.S. presidents to start visiting Europe?

When he set sail for Paris in the SS George Washington in 1918, Woodrow Wilson became the first U.S. president to go to Europe. He went to visit the World War I peace conference.

4. Who first had foreign travel experience prior to the presidency?

When John Adams served as a Revolutionary-era envoy to Europe in the late 1770s, he was the first future U.S. president to have ever traveled abroad. He did not travel abroad while serving as president. 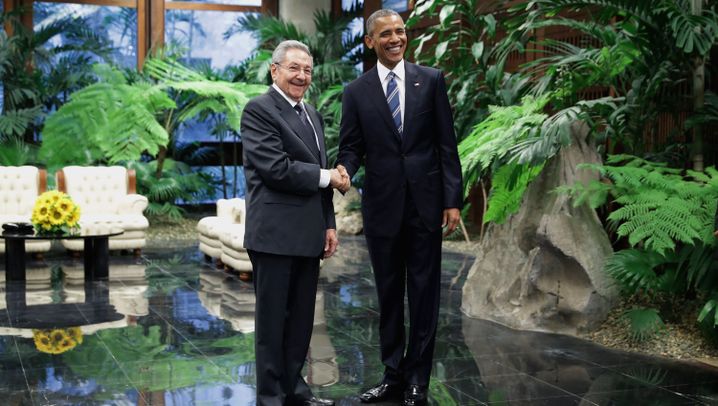 (Note: An earlier version of this factsheet erroneously stated Thomas Jefferson was the first. Jefferson served as a diplomat overseas a decade later.)

5. Who made it to Africa first?

In 1943, Franklin D. Roosevelt became the first incumbent U.S. president to set foot on African soil. However, the purpose of his trip was to meet with British Prime Minister Winston Churchill in Casablanca - to discuss WWII strategy. 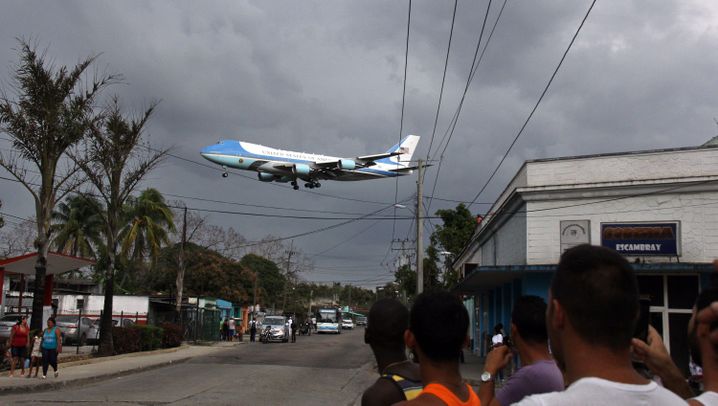 It was only in 1978, during Jimmy Carter's state visit to Nigeria and Liberia, that the first sitting U.S. president went to visit sub-Saharan Africa. President Bill Clinton's 1998 trip to South Africa - after Apartheid had ended - marked the first U.S. presidential visit to that country.

6. Which president traveled to Asia first?

In 1959, Dwight D. Eisenhower became the first U.S. president to visit an Asian country when he visited India.

7. What made Richard Nixon's famous visit to China so important?

In 1972, U.S. President Richard Nixon arrived in China - becoming the first American president to visit any country not diplomatically recognized by Washington. It also paved the way for improved relations between the communist government of China and the United States.

8. Who visited the Soviet Union first?

Franklin D. Roosevelt was the first president to visit the Soviet Union, when he attended the Yalta Conference in Crimea on World War II.

9. When did Japan get a U.S. presidential visit?

In 1974, Gerald Ford became the first U.S. President to visit Japan. A trip planned by U.S. President Eisenhower in 1960 - 15 years after the Japanese surrender in World War II to the United States - had been canceled.

10. How much did Bill Clinton travel during his administration?

In his eight years in office as president, Bill Clinton made 133 visits to foreign nations - more foreign visits than presidents Eisenhower, Kennedy, Johnson and Nixon combined. His number of trips exceeded those of his successor, George W. Bush. For now, among past presidents, Clinton holds the travel record. 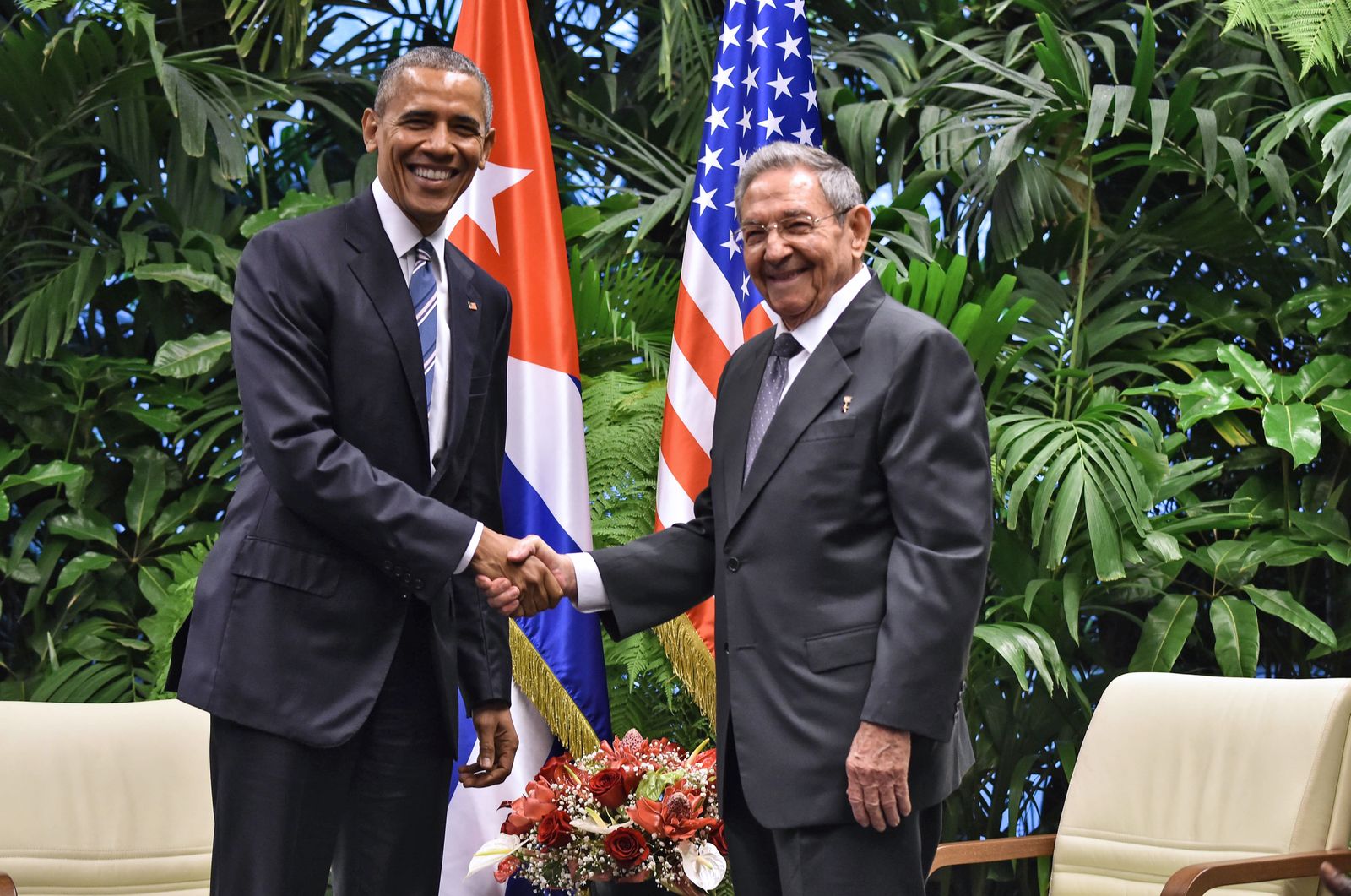 US President Barack Obama (L) and Cuban President Raul Castro shake hands during a meeting at the Revolution Palace in Havana on March 21, 2016. 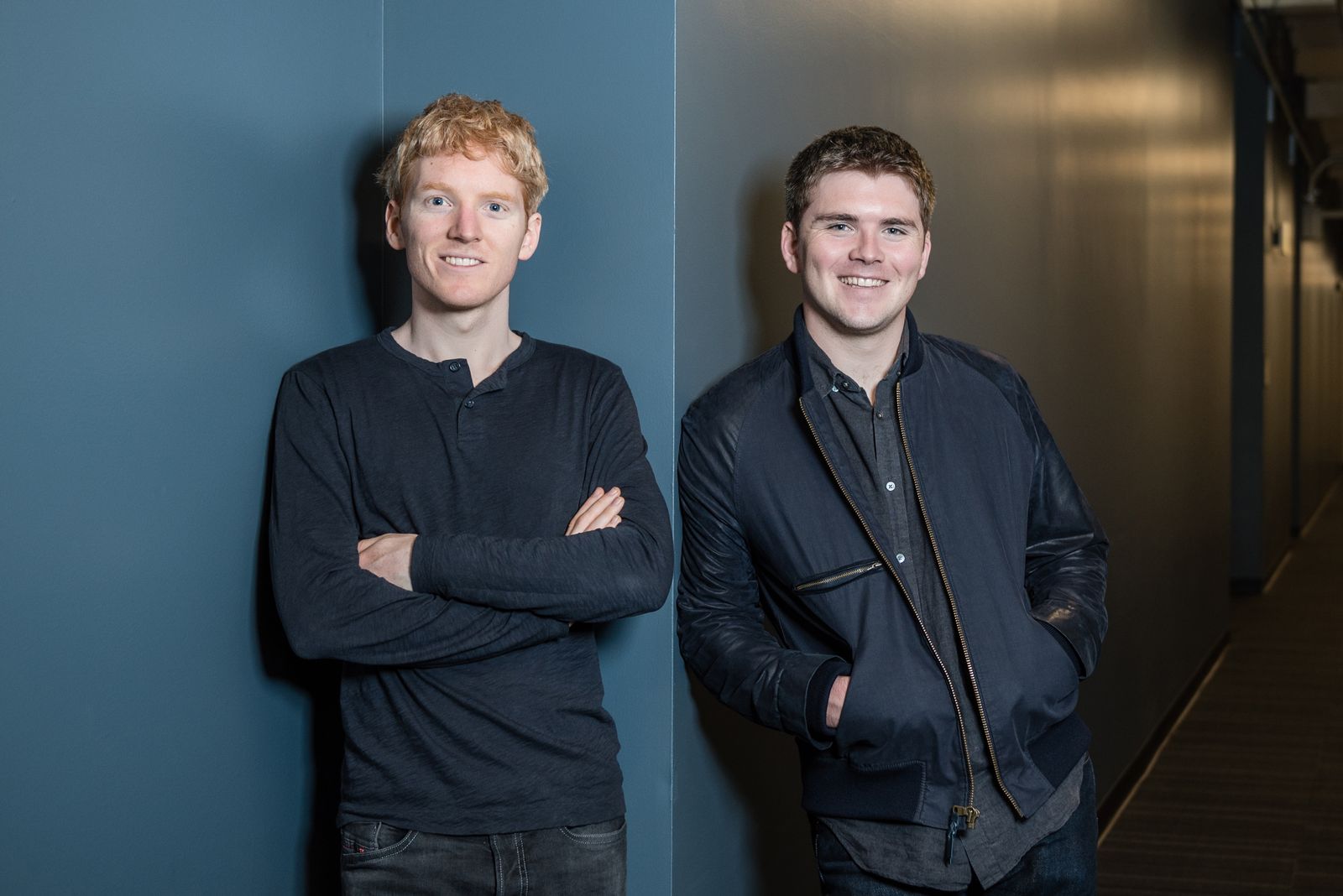 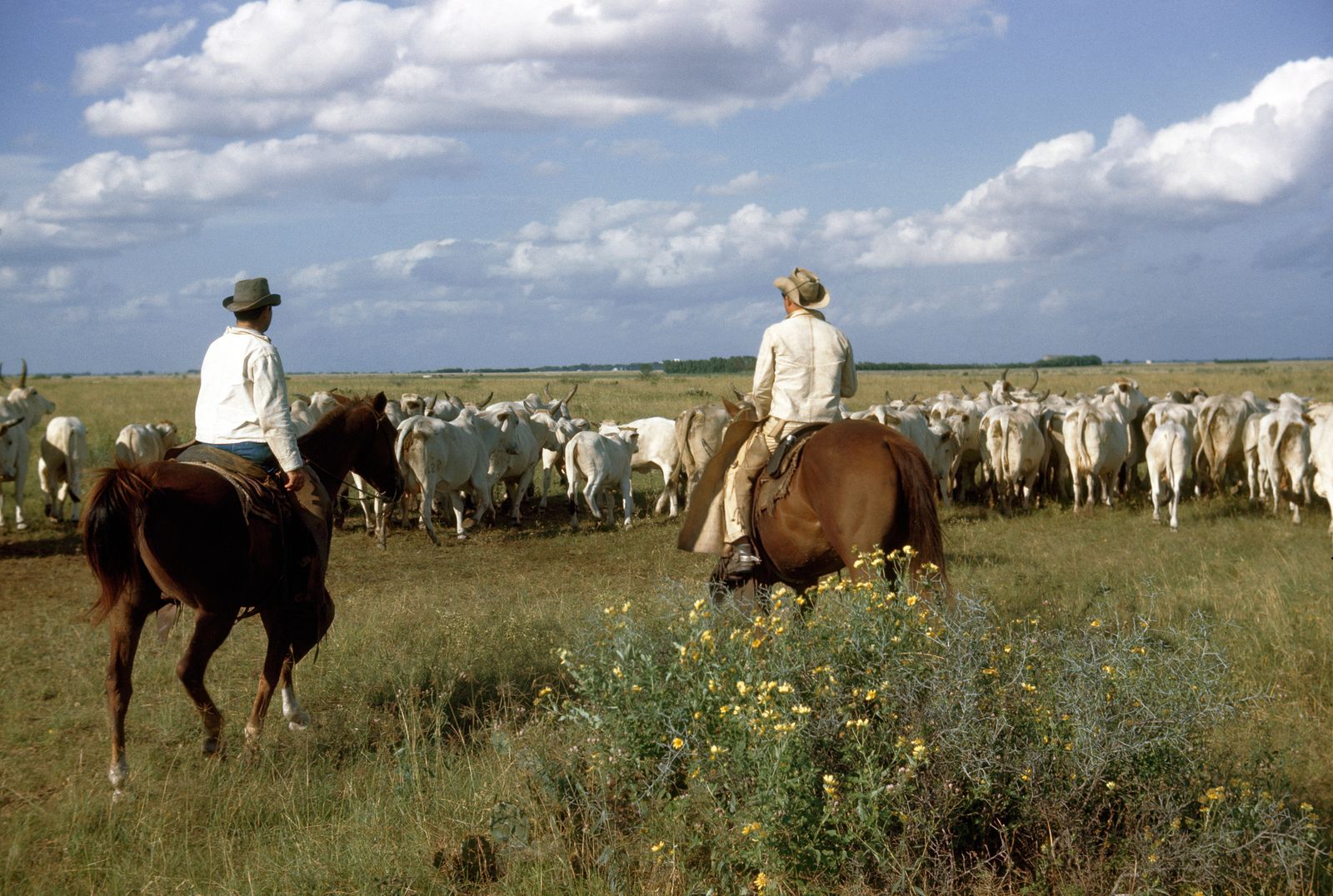 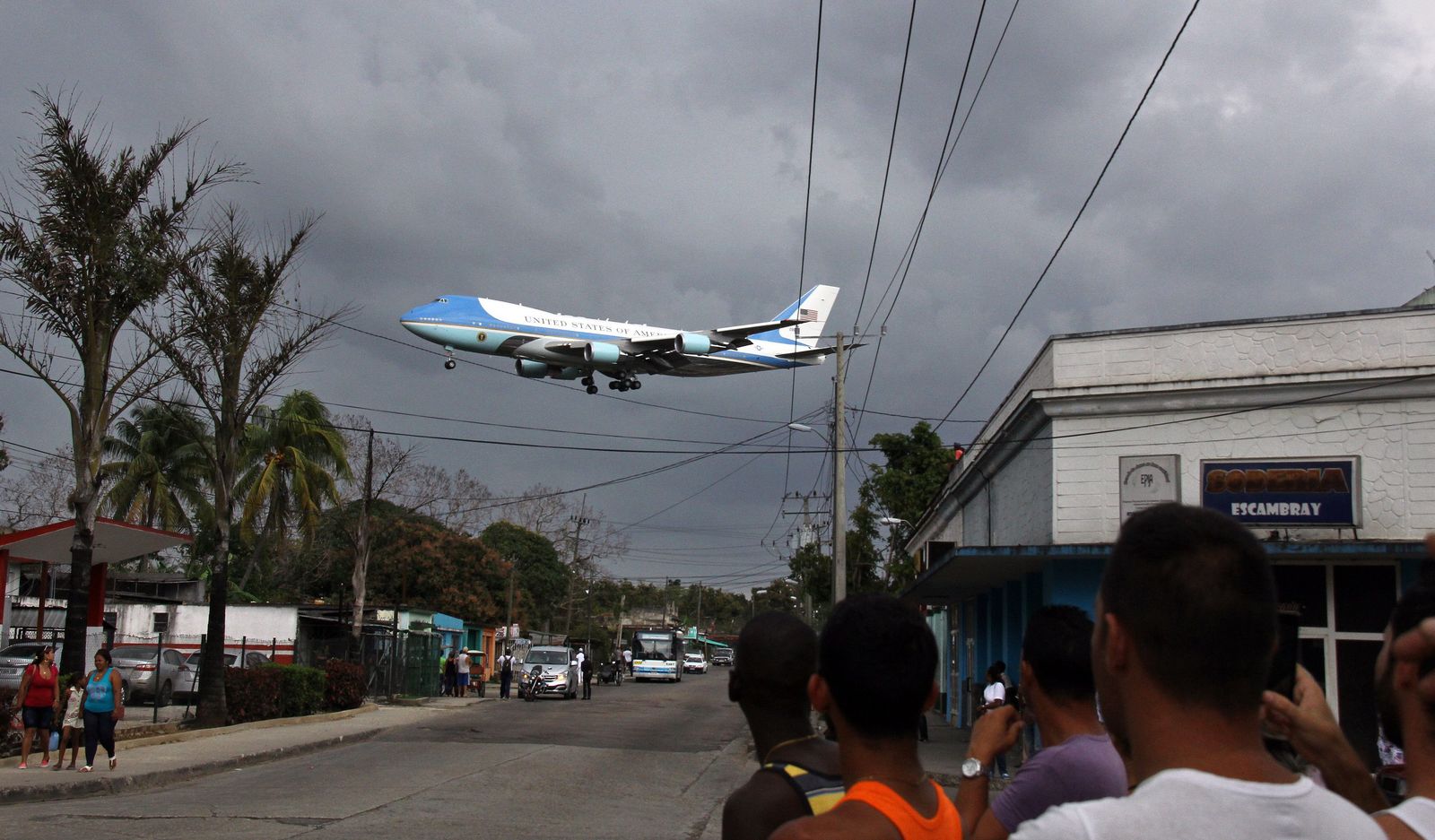 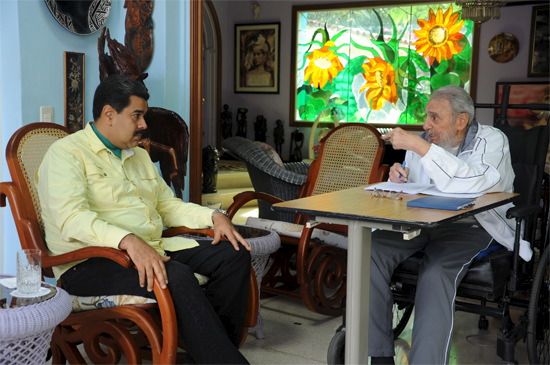