Xi Jinping is trying to remake the Chinese economy

Party control is mixed ever more intimately with market mechanisms

Last year Zotye, a carmaker, used it to tackle weak sales, and Wuliangye, a distiller, to improve the quality of its baiju; it helped Zheshang Bank to digitise its operations and catalysed the development of energy-saving technologies at China National Nuclear Power. "Xi Jinping Thought on Socialism with Chinese Characteristics for a New Era” is, on the basis of these companies’ annual reports, quite the business-practice panacea.

The time when private Chinese companies downplayed their links to the Communist Party is gone. By The Economist’s count, nearly 400 of the 3,900 companies listed on stock exchanges in mainland China paid homage to the Communist Party and its leader in their annual reports this year. References by both state-owned firms and their private-sector peers to Mr Xi’s guidance have increased more than 20-fold since 2017 (see chart 1). 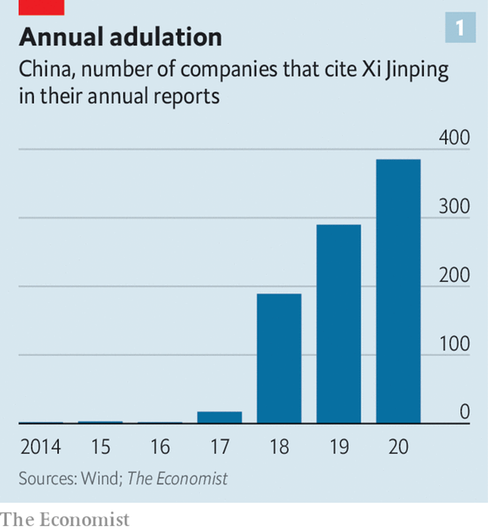 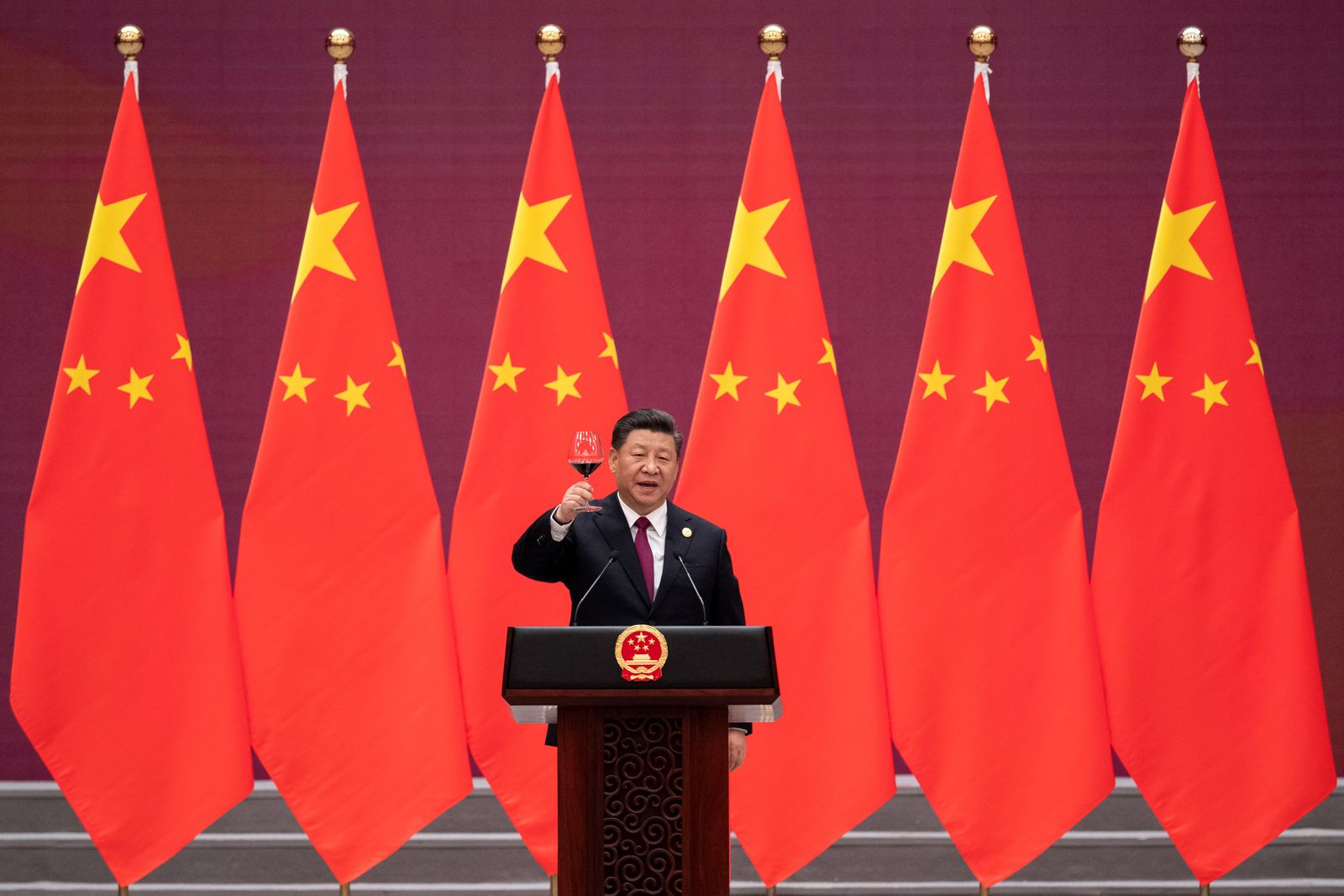 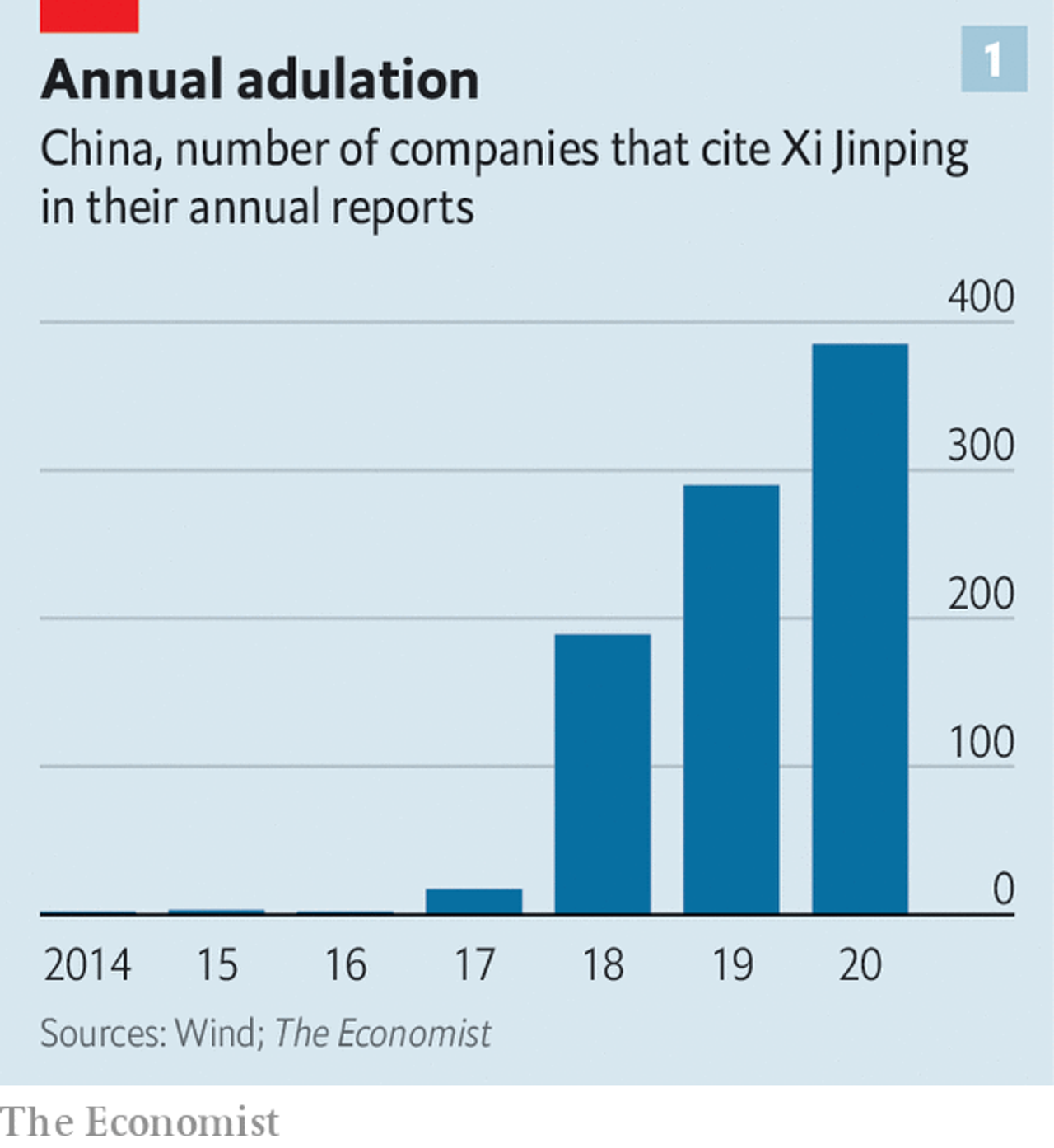