"Collectors are hungry for works that relate to the human experience in the 21st century", says economist Roman Kräussl, who analyses the art market for German business publication manager magazin, collecting data from more than 700 auction houses, comprising more than 5 million sales since 1970. "Instagram and other online platforms are upsetting the power structures of the art market", says Kräussl, who does research on alternative assets at the University of Luxembourg and at Stanford University. Banksy, whose identiy is unknown, is not represented by any gallerist. His Instagram account has 10.8 million followers, significantly more than most other artists, galleries or museums.

Several other painters born after 1970 have entered the top 50 ranking for the first time in 2020. The second-highest new entry is Matthew Wong (1984-2019), the Canadian painter who passed away before his first painting was sold at auction in 2020. His works achieved auction sales of almost 25 million dollars. Another first-timer is Adrian Ghenie. Auction sales of 21 million dollars propelled the Romanian painter to rank 38 (2019: 103).

manager magazin has been publishing the mm-Kunstindex by Roman Kräussl annually since 2015. It is the most comprehensive analysis of the auction market for paintings. The basis are data from more than 700 auction houses worldwide, spanning more than 5 million sales since 1970. Using his method to include not only repeat-sales but all sales, the economist (University of Luxemburg and Stanford) has created a price index for the 500 most sought-after markets.

Mike Winkelmann, better known as "Beeple", whose non-fungible token for the collage "First 5000 Days" was sold at Christie's for 69 million dollars in 2021, is not yet on the list. If his magnus opum had been sold in 2020, he would have shot up to 11th place, surpassing Chinese painter Zhang Daqian (61 million dollars) and Yoshitomo Nara (57 million dollars, 12). Winkelmann would then have ranked right below art market star Andy Warhol (79 million dollars, 10).

The ranking is headed by long-term auction market champion Pablo Picasso (157 million dollars). He is followed by two Chinese-born painters who lived in French exile: San Yu (156 million dollars, 2) and Zao Wu-Ki (145 million dollars, 3). The highest-ranked contemporary is British painter David Hockney (119 million dollars), who has shot up to fourth place (up from 9 in 2019). Impressionist painter Claude Monet, who was in second place the previous year, dropped out of the top 50 (ranked 52 in 2020).

The pandemic has hit the art market hard: Auction sales declined by 38 percent in 2020, Kräussl's analysis shows. Prices for the works of the 500 most sought-after painters, however, only declined by 2 percent. "Many collectors seem to have held back major works from the auction market, due to weak demand", the economist says. Kräussl has developed a method to include not only repeated sales, but all sold works by an artist to calculate prices.

Gallerists often tend to paint a brighter picture of the art market as the auction market data show. However, Iwan Wirth confirmed that the pandemic has indeed led to a strong decline in art market sales. "What we have seen is a decline in sales by about a third", the co-founder of international gallery Hauser & Wirth told manager magazin. 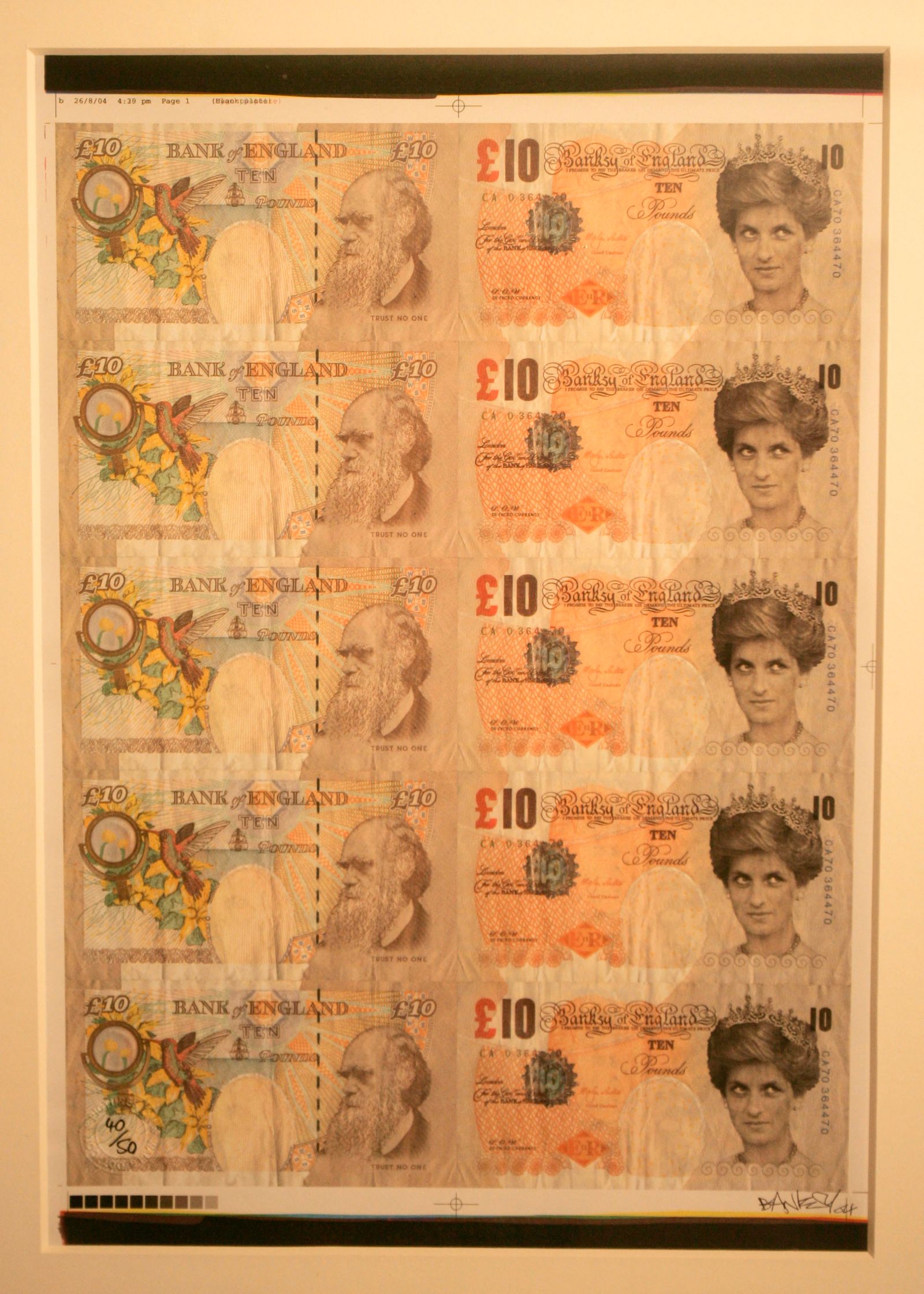 Money Maker A work by the artist known as Banksy, entitled 'Di-faced Notes', which shows the face of Diana, Princess of Wales on what at first glance seems to be a conventional English bank note. (AP Photo/Alastair Grant)